You are here: Home / Business News / iTunes is now available on the Widows Store 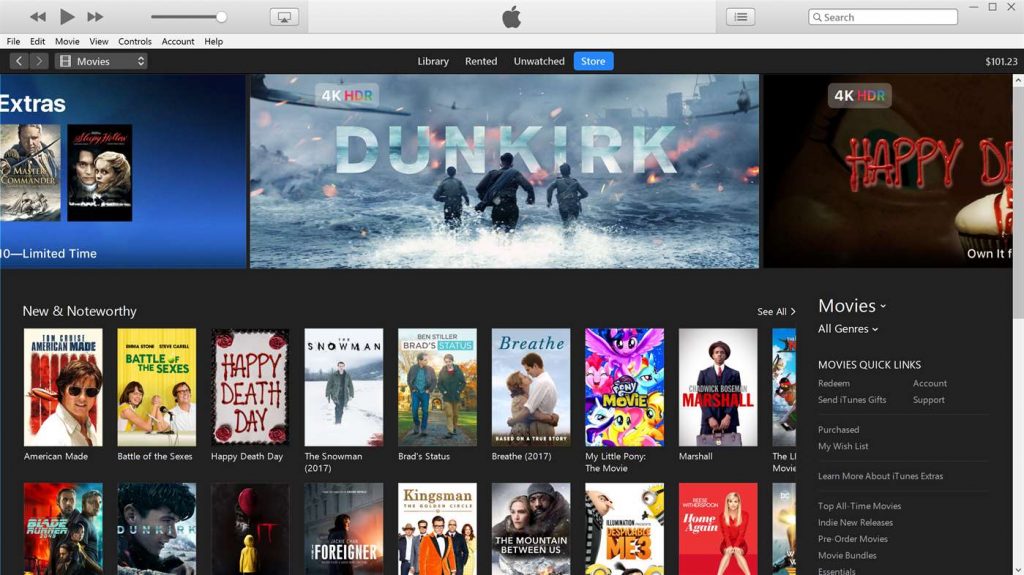 Microsoft announced last year at their BUILD conference that Apple was making a variant of iTunes for the Windows Store. The app has finally been released and it works great on Windows 10 or tablets that run it. You will no longer be prompted to install iCloud anymore or other Apple branded apps because updates are pushed from Microsoft and they have a policy about background processes.

iTunes was the most searched for app on the Microsoft Store for years. Now that it is released users can now directly access their 4K movies, television shows or music collection.  The main reason this app was developed was to appeal towards all the tablets out there, but also the S Mode system, which only supports apps available in the Microsoft Store.  Microsoft is planning to launch Windows 10 Home, Enterprise, and Pro versions of the operating system sometime in 2019.  PC vendors who make desktops, laptops and tablets could use the new S Mode to save on licensing costs.

There is no iBooks functionality on this app and no way to view any of your past purchases. There is an audiobook store where you can access anything you bought from iBooks or buy something new. The curation aspect of the audiobook experience is really solid and is worth checking out.