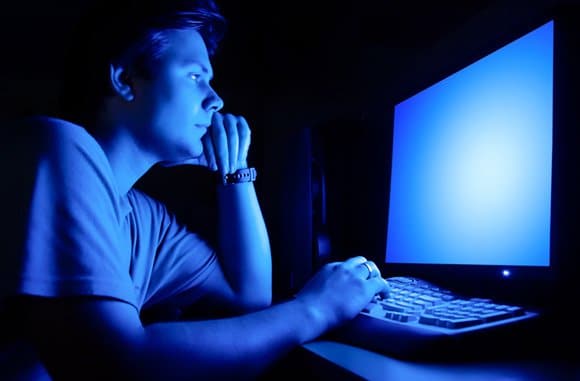 Many tech companies are starting to introduce blue light inhibiting mode in their smartphones, tablets and e-Readers. It looks like Microsoft is going to be introducing a new blue light reduction in an upcoming patch to Windows 10. This new feature will automatically reduce the color temperature in the evenings as the sun sets and increase it in the mornings when the sun rises.

Blue light from your computer monitor can suppress the secretion of melatonin, blue light at night does so more powerfully. Harvard researchers and their colleagues conducted an experiment comparing the effects of 6.5 hours of exposure to blue light to exposure to green light of comparable brightness. The blue light suppressed melatonin for about twice as long as the green light and shifted circadian rhythms by twice as much (3 hours vs. 1.5 hours).

Study after study has linked working the night shift and exposure to light at night to several types of cancer (breast, prostate), diabetes, heart disease, and obesity. It’s not exactly clear why nighttime light exposure seems to be so bad for us. But we do know that exposure to light suppresses the secretion of melatonin, a hormone that influences circadian rhythms, and there’s some experimental evidence (it’s very preliminary) that lower melatonin levels might explain the association with cancer.

Blue light is tremendously bad for us and Kobo recently introduced a new mode on the Aura One that inhibits blue light when reading at night. Apple has also introduced a similar feature called Night Shift that will be introduced in iOS 10.

Microsoft’s new nighttime reading mode will be unveiled with their next big Windows 10 upgrade called Redstone 2. There is no timeline when this will be released.