You are here: Home / Bookselling News / First Indigo Bookstore to open in New Jersey in September 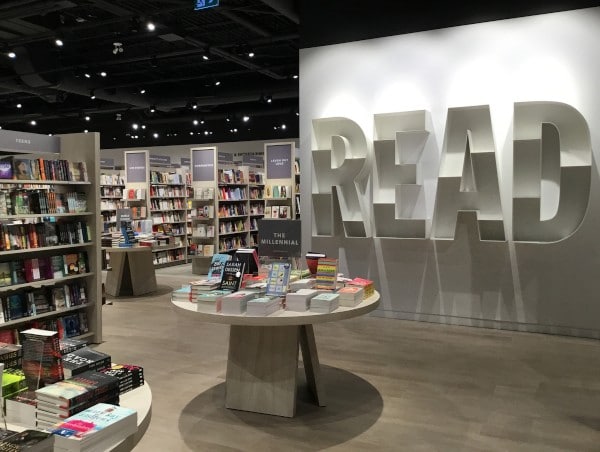 Indigo Books and Music is the largest bookstore chain in Canada the company has just confirmed that they are going to be opening their first location in the United States in late September. It will be located at Short Hills Mall and take over the old Saks Fifth Avenue space with a 30,000-square-feet. They will be selling books, magazines, manga, toys, fashion, home decor, stationery and electronics. They will also be organizing in-store events for kids and adults.

Hugues Simard the CFO at Indigo said at an earnings call on August 9th that the new bookstore is “starting to look very, very good and everything’s in place, and we’re very excited by it.” He also stated that they will have a soft launch at some point in the middle of September and fully unveil it at the end of the month.

CEO Heather Reisman commented “Well, we would want our US store to be as successful as our stores here. And I think if—every time we do a store we model out what we would like its performance to be. We have pretty simple, but straightforward goals for sales per square foot, bottom-line contribution, customer retention and obviously customer affection for the brand, and as we do here for any store we do a reinvest in, and as soon as we see that that’s happening, then we’ll know that our experience resonates. We’ve had so many developers come to see us from the US expressing their belief in the concept, so we’re cautious but we’re optimistic.”

Some publishing executives privately express hope that Barnes & Noble will be sold, perhaps to Indigo. Leo Riggio, the founder of the bookselling chain didn’t rule out the idea of a sale, although he said he didn’t think “this is the time to sell the company. We’ll be responsive to our shareholders,” he said. “We always have to entertain offers that come along.”

I think Indigo expanding into the United States is a really good move and the company has always billed itself as book lover’s cultural department store, with a cafe, toys, music and lifestyle products. Their overall design is warm and inviting. It will be interesting to see how this all plays out.