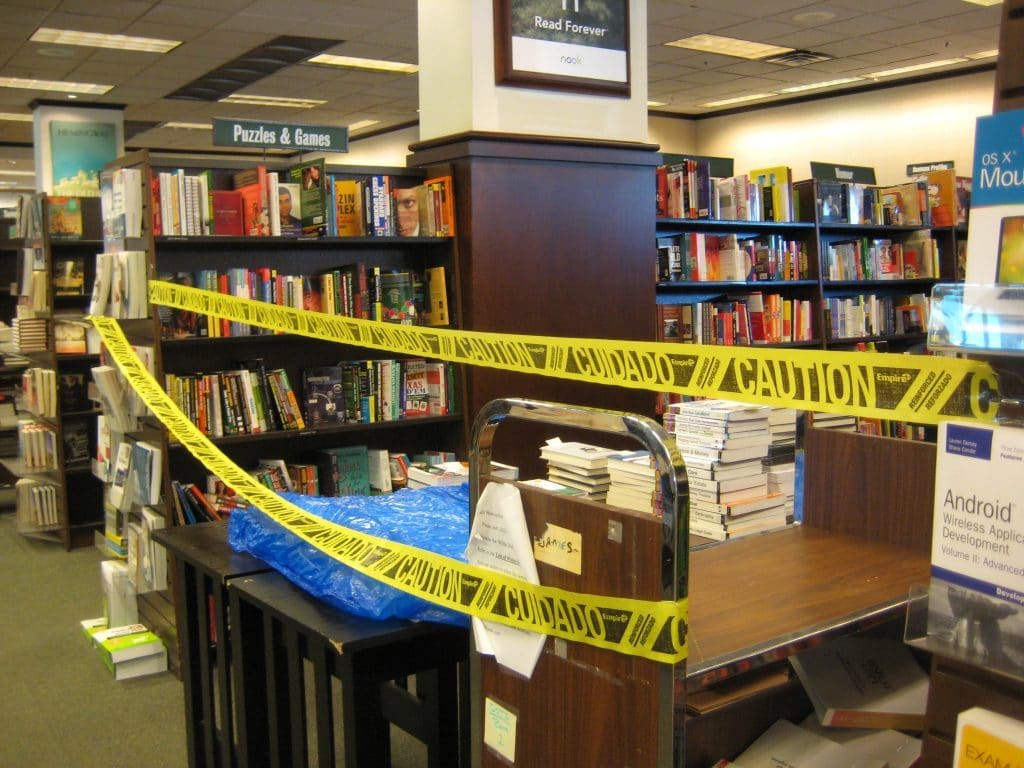 Barnes and Noble is a company that needs to sell more books and generate meaningful revenue from their Nook division. Instead, they are mired in controversy with recently fired CEO Demos Parneros.

Barnes and Noble CEO Demos Parneros was fired in July for breaking company policies and he did not receive any severance pay. The bookseller did not disclose at the time why he was fired, but the answer came spilling out in August in a public exchange of accusations between Mr. Parneros and the company — including that Mr. Parneros had been fired in part because of claims of sexual harassment.

The former CEO filed a lawsuit against B&N that claimed defamation and breach of contract. He said that he had been fired without warning after a deal to sell the company fell through. Casting himself as a “well-respected retail executive,” he claimed that the bookseller had enabled rumors that he was let go because of “serious sexual misconduct.”

He described Barnes & Noble as a “financially troubled business” that is in turmoil and disarray, with a “volatile” chairman who “refuses to relinquish control.” He said he was owed severance of $4 million in cash, plus equity and damages.

Barnes and Noble fired back in a public press release stating “The lawsuit filed by Demos Parneros is nothing but an attempt to extort money from the Company by a CEO who was terminated for sexual harassment, bullying behavior and other violations of company policies after being in the role for approximately one year. The allegations contained in the complaint about Len Riggio are replete with lies and mischaracterizations. They are an example of someone who, instead of accepting responsibility for blatantly inappropriate behavior, is lashing out against a former employer. The Board, advised by legal counsel at Paul, Weiss, Rifkind, Wharton & Garrison LLP, unanimously terminated Mr. Parneros’ employment following a thorough investigation that revealed multiple examples of significant misconduct. Mr. Parneros not only violated his employment agreement, but also compromised the trust and respect that we strive to foster throughout our organization.” It went on to say “Mr. Parneros’ actions were unacceptable and not representative of the high standards by which Barnes & Noble operates. At Barnes & Noble, we are committed to providing an inclusive, welcoming, respectful and safe workplace.”

Demos Parneros denys the sexual allegation, saying he had a five minute long conversation with the unnamed executive assistant. He claims that he had worked out a deal to sell Barnes and Noble to another bookseller. The offer was withdrawn after the potential acquirer conducted due diligence and the deal fell through in June. The founder of B&N Len Riggio had hoped that the sale would be his graceful exit from the company and turned against Parneros and stopped returning his calls or text messages until a July 2 meeting, according to the complaint.

Barnes and Noble decided that a press release won’t do and they just made matters worse by filing a countersuit this week that accused Parneros of actively sabotaged a potential sale of the company earlier this year, bullied fellow executives, and sexually harassed multiple women at the company. B&N have asked the court to order Parneros to pay damages for his alleged breach of fiduciary duties, and seeking to potentially claw back more than $1 million paid to Parneros “during the period of his disloyal conduct.”

I have always said that the biggest problem with Barnes and Noble is their management situation and their lack of focus and direction. The fact they have gone through five different CEO’s in six years is very telling.