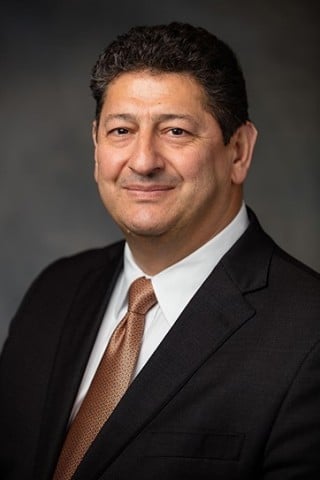 Barnes and Noble has just hired Demos Parneros as the company’s new Chief Operating Officer. He will be reporting to CEO Len Riggio and will be responsible for over 600 bookstores, merchandising, e-Commerce, systems and real estate.

Mr. Parneros joins Barnes & Noble from Staples, where he was President, North American Stores & Online. He has 30 years of leadership experience in all aspects of retail management, including operations, human resources, merchandising, e-commerce, marketing and real estate. Mr. Parneros started his career at Staples as General Manager of its first New York City store in 1987. He worked his way up the ranks through multiple management positions, including SVP Mid-Atlantic Operations, President, US Stores, President, US Retail, and President North American Stores & Online, where he was responsible for a team of 50,000 associates, across 1,800 stores, and Staples’ online business.

“We couldn’t be happier to have Demos join Barnes & Noble, given his wealth of experience in specialty retail,” said Len Riggio, Chairman and CEO of Barnes & Noble. “We believe his enviable track record will lend itself well to our priorities to grow our business and to bring value to our shareholders. Demos has been a strong leader throughout his career and we believe he will be successful in adapting to the bookselling industry.”

I am surprised that Barnes and Noble has hired another key executive with zero bookselling experience. At a recent investors conference Len said that they were going to take their time hiring a new CEO because they wanted one with bookselling experience . I have a feeling this guy will not last very long and be a Ron Boire 2.0.