You are here: Home / Business News / Scribd has over one million subscribers 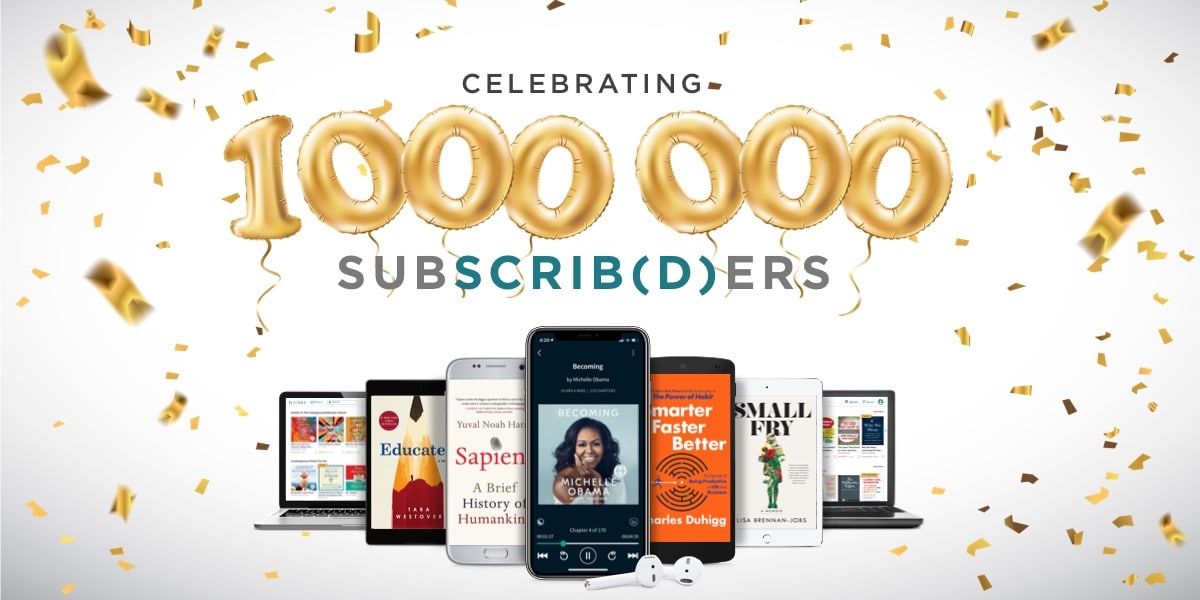 Scribd is an unlimited audiobook and ebook subscription service and they have been in business since 2007. They initially started as a document sharing site and eventually branched out into audio, ebooks, newspapers, magazines and comics. In October 2013, Scribd officially launched its unlimited subscription service for e-books and in 2016 they pivoted their business from an unlimited model to a credit based, which was not well received. Last year the company introduced the unlimited model, but with a few caveats, if you consume a bunch of audio or ebooks, they will throttle your account and only show you a limited selection, until your next billing cycle. Over the years Scribd has experienced many trials and tribulations, but the company has achieved a major milestone, one million total subscribers, past and present.

“This is an exciting milestone for Scribd; one million subscribers is a tipping point for any subscription company and proves we have a reading service that people want, need, and love,” said Trip Adler, co-founder and CEO. “Scribd has been at the forefront of the digital reading evolution over the last decade, driving incremental revenue to the publishing industry while making the written word more accessible than ever before. As we celebrate this milestone, we’re grateful to our partners for trusting us with their content and believing in our mission to change the way the world reads.”

Scribd also disclosed some metrics. “We have grown our subscriptions over 40% (YOY), and more people are listening to audiobooks than ever before (a +100% increase in audio users over the course of 2018).”