You are here: Home / Bookselling News / Top Digital Publishing and Business News Stories of the Week 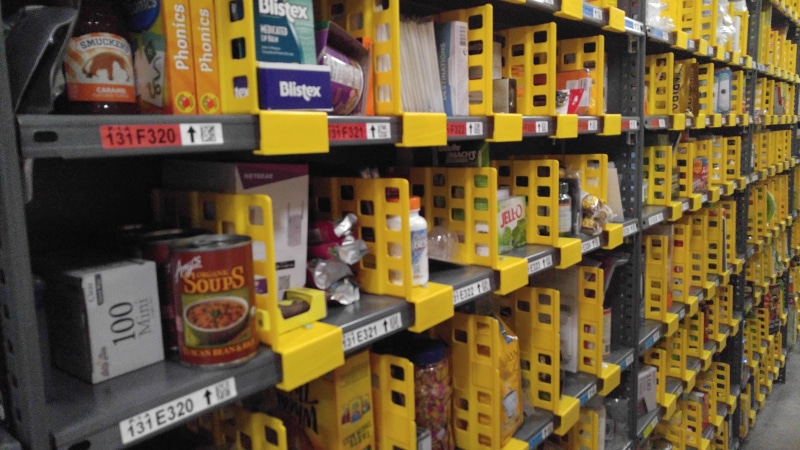 This week a number of notable news stories have been released and this week. Barnes and Noble hired a new executive and Amazon disappointed Wall Street with lower than expected financial results. The New York Times is also maintaining their focus on digital content and posted a increase in subscribers.

Amazon delivered a disappointing second quarter report after Thursday’s close. Sales of $38 billion were healthy enough, up 25% year-over-year, and beating estimates by more than $800 million. Per-share profits of only 40 cents, though, weren’t even close to the consensus estimate of $1.42, and down 77% from the bottom line produced a year earlier.

The good news out of the quarter was subscription revenue soared 51 percent, revenue from 3rd parties jumped 37.5 percent, and paid units were up 27 percent. Those are higher margin categories.

This week Amazon debuted its Hub delivery lockers for multi-unit residential properties. Resembling a large, white filing cabinet with a touchscreen, the Hub is intended to prevent residents’ packages from being stolen.

Customers use the touchscreen to enter a code that unlocks the compartments containing their orders. Delivery people from other organizations UPS or FedEx will be able to access the Hub.

Mark Thompson, president and chief executive officer, The New York Times Company, said, “We had another strong quarter in which we grew revenue and profitability and made significant changes within the organization to ensure that the acceleration of our digital business continues in the long term.

Sandell Asset Management, a private, alternative asset management firm, said the bookseller could attract bids of $12 a share or more in a going private transaction.”It is our opinion that the public market for retail stocks is contributing to a risky and inhospitable environment under which the stock price of Barnes & Noble may not fairly reflect its intrinsic value anytime in the foreseeable future if it remains a stand-alone company,” Sandell said in the letter sent to the bookseller’s board of directors.

Last week B&N announced James Lampassi has been named Vice President, Real Estate Development. Mr. Lampassi, whose appointment is effective July 31, will report directly to Demos Parneros, Chief Executive Officer. In his new role, Mr. Lampassi will have responsibility for developing and executing the real estate strategy as well as lead store development and construction initiatives. The Company said that David Deason will step down from his current role as Vice President, Development, and enter into a consulting agreement with a guaranteed term through the end of the year, which could be extended further.

In an exclusive interview with Good e-Reader, Kobo CEO Michael Tamblyn dropped a bombshell. The company is going to take over all future hardware design and firmware development for the Tolino brand in Germany. The company will be running Tolino as its own autonomous entity for the near future. It is rumored that Kobo Writing Life will soon be supporting e-book distribution into the Tolino ecosystem, right now on Draft2Digital and StreetLib are the only two companies that do it.

Indigo has ranked sixth in an annual study assessing which brands Canadians trust the most, conducted by the University of Victoria’s Peter B. Gustavson School of Business. In the study’s third year, more than 6,500 consumers surveyed nearly 300 Canadian companies across 26 industry sectors, considering factors like customer service, quality of product or service, and a company’s values and sense of social responsibility. It aims to draw a connection between brand trust and purchasing decisions.

The newly released 2017 results show that Indigo Books & Music has risen to the sixth most trusted brand after being ranked 59 last year. The top five companies are Mountain Equipment Co-op, CAA, Costco, Fairmont Hotels, and Ikea.

Facebook is reportedly planning to test a news service with a paywall that would direct users of the social network’s Instant Articles feature to sign up for digital news subscriptions after reaching a threshold of monthly articles.

Campbell Brown, Facebook’s head of news partnerships, told attendees at the Digital Publishing Innovation Summit in New York on Tuesday that the company is launching the subscription-based news service, according to The Street. The new service would ask readers to subscribe to the news platform after they read 10 or more articles in a month—or else they would be locked out of viewing additional stories for the remainder of the month. Large publications such as The New York Times and The Washington Post already employ similar limited paywalls on their websites. (Digiday also reported last week that a subscription service could be in the works.)