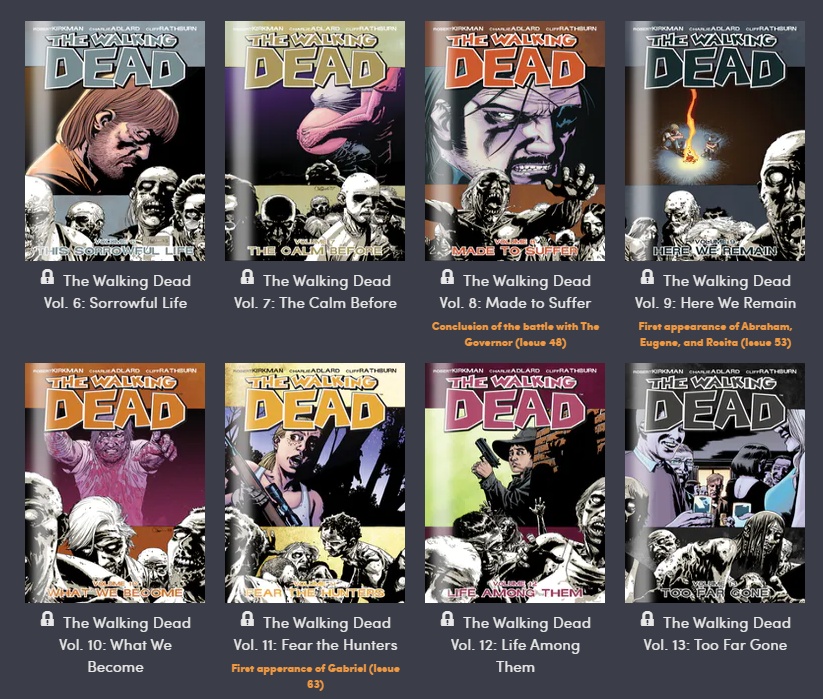 Humble Bumble has partnered with Image Comics for a series of Walking Dead deals. Pay any amount to get volumes 1 through 5. Pay at least $8 and you get the series up through volume 13. Or pay $18 and you get the complete series including 31 volumes. All of the graphic novels are DRM-Free and can be downloaded in PDF, EPUB and CBZ.

Spending $18 for the entire run of the Walking Dead is a solid deal. The regular price, if you wanted to buy the digital editions would normally cost $454. The graphic novels span 192 issues of the award winning series, which ran from 2003 until Summer of last year, where it unexpectedly ended after chronicling years of its main roster’s survival against the zombie apocalypse.

This offer will be available until May 19th, all in support of the Book Industry Charitable Foundation. So you still have a bit of time to pull the trigger.