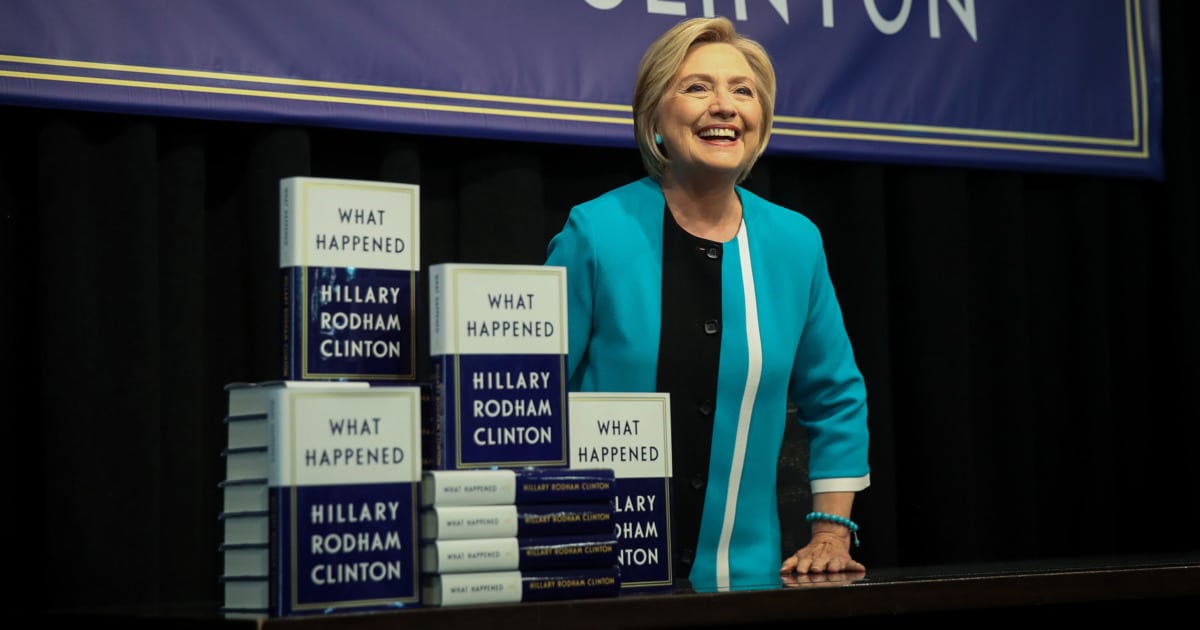 Amazon’s book reviews are once again raising community ire, but this time for the perception that the retailer is engaging in unfair preference to a book and its author. Hillary Clinton has finally released an autobiographical account of the November 2016 election that did not result in her victory, and the political dogs have been loosed.

Hundreds of one-star reviews of What Happened were reportedly removed for “violating community standards” this week, leading critics to cry foul about the retailer’s censorship. At the same time, authors who’ve been targeted by bullying campaigns are also being vocal about the move, namely for the reason that Amazon refuses to remove reviews that clearly target the author in their case.

“In the case of a memoir, the subject of the book is the author and their views,” an Amazon spokesperson told Fortune magazine. “It’s not our role to decide what a customer would view as helpful or unhelpful in making their decision. We do however have mechanisms in place to ensure that the voices of many do not drown out the voices of a few and we remove customer reviews that violate our community guidelines.”

According to USAToday, though, “ReviewMeta, a website that analyzes the authenticity of Amazon reviews, said that 25% of reviewers of Clinton’s book were ‘suspicious,’ a designation it gives to reviewers who have only reviewed one title.” The site is referring to fake reviews that were left strictly due to the author’s political affiliation rather than anything to do with the book.

Okay, sure, Amazon should remove reviews that are not in line with their standards and do not pertain to the content of the work. But as many authors are sharing, why is that process so hard to replicate when it’s an author whose self-published work is targeted by Goodreads bullies, for example? The wheels of review justice turn slowly–if they turn at all–when an author reports a hateful, personal attack-style review, so what elevates Clinton to the instant removal status?

For their part, though, Amazon most likely knew to expect polarized opinions of such a high-profile, Conservative rage-inducing figure. At first count, of the 1500 reviews that went up in the first day of the book’s release, 338 were from verified purchasers.