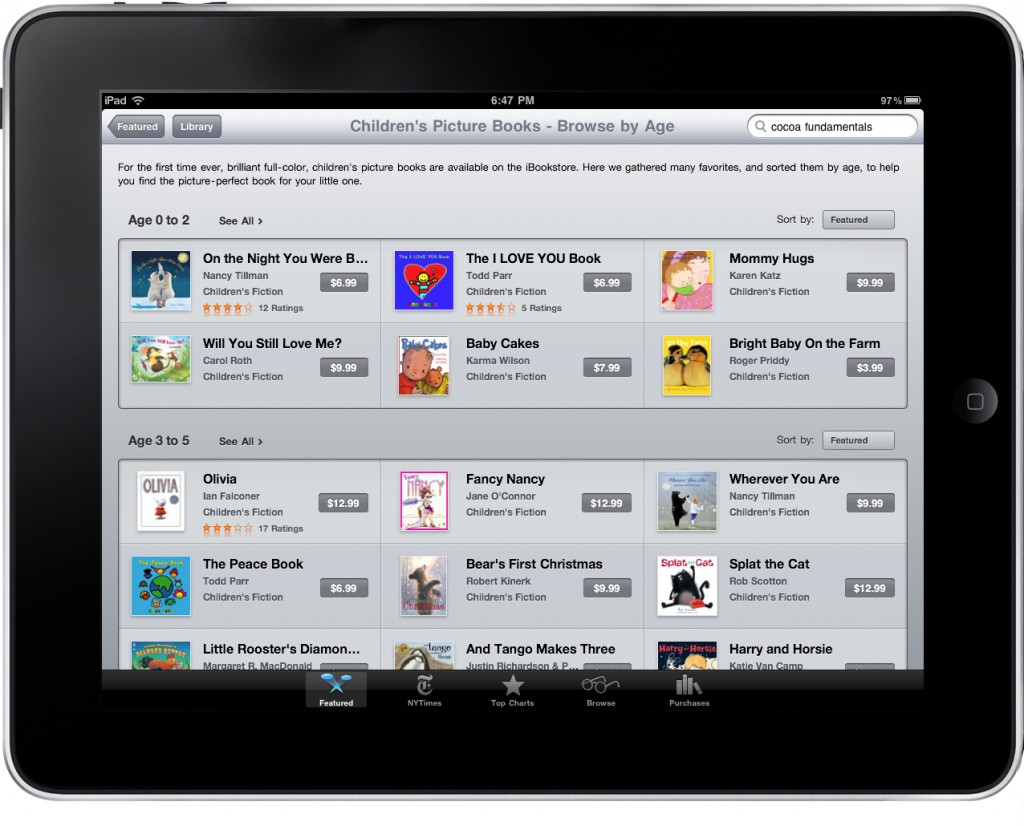 Apple has faced a ton of heat over its price fixing allegations to form a ebook price fixing cartel with the top six publishers. Originally, with the launch of iBooks, Steve Jobs courted major publishers to level the playing field so they could successfully enter the digital book market.

In a statement to website All Things D, Tom Neumayr said “The DOJ’s accusation of collusion against Apple is simply not true. The launch of the iBookstore in 2010 fostered innovation and competition, breaking Amazon’s monopolistic grip on the publishing industry. Since then customers have benefited from eBooks that are more interactive and engaging. Just as we’ve allowed developers to set prices on the App Store, publishers set prices on the iBookstore.”

The Justice Department may have a hard time proving that Apple really did anything wrong. Specifically, the Supreme Court has ruled in the past that pricing arrangements among competitors are not automatically considered to be violations of antitrust law, and that the setting of minimum retail pricing by manufacturers is a permitted policy.