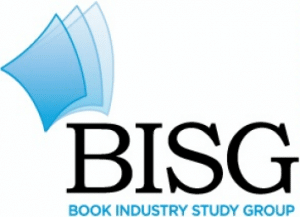 The Book Industry Study Group held its annual meeting last Friday in New York, and the focus of this year’s event was to address some of the many challenges still facing the publishing and bookselling industries now that digital publishing has taken hold. The BISG also introduced its new mission statement, which shifts more attention on digital publishing.

“Book Industry Study Group’s mission is to facilitate innovation and shared solutions for the benefit of all companies and practitioners that create, produce and distribute published content, and the organizations that support them.”

Among other topics that were highlighted during the meeting, Madeline McIntosh, COO of Penguin Random House, spoke on a panel and discussed some of the difficulties that PRH faces in moving forward with a strong digital platform, namely, fully removing themselves from the Pearson infrastructure. She also spoke about an oft-contested and controversial issue, Penguin’s self-publishing platform Author Solutions. The platform has been vehemently and publicly criticized for its business practices by many outspoken former clients, but McIntosh maintained that Author Solutions does a great job and helps authors reach markets that would have otherwise been unavailable to them.

An additional panel focused on the headway being made in digital textbook publishing, with the concern still being raised that a significant amount of money that students spend on textbooks is still going to the used textbook market. Publishers questioned digital’s place in that market, as well as offered ways to make digital textbooks more valuable to students through more targeted, individualized learning methods.

In the coming year, BISG will host several more conferences as part of its new strategies, some of which include focusing on new subgroups within the BISG to address different issues in publishing. BISG will also be hosting an event one day prior to the 2014 Digital Book World conference in New York, its “Making Information Pay for Higher Education” conference.