You are here: Home / Archives for Digital Education News 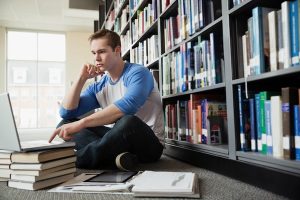 A couple of months ago a 2019 Good e-Reader published a report from Student Monitor showed campusa decline of 29 percent in student spending on learning materials over the past five years. The Student Monitor findings are the result of comprehensive, one-on-one, on-campus interviews with four-year, full-time undergraduates attending 93 colleges and universities.Average … END_OF_DOCUMENT_TOKEN_TO_BE_REPLACED 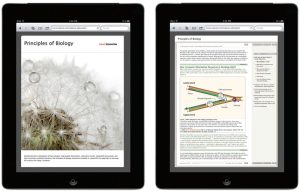 Cengage, Elsevier, Macmillan Learning, McGraw-Hill, and Pearson have just filed a lawsuit against a pirated website that is distributing all of their digital textbooks for free. This is not the first time they have banded together to deal a crippling blow to pirates. In 2018 they won a case against another site and won a judgement of $34 million.According to the lawsuit … END_OF_DOCUMENT_TOKEN_TO_BE_REPLACED 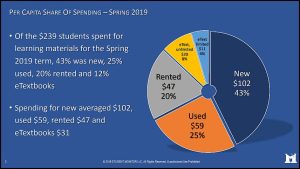 Student spending on textbooks have dropped significantly in the past five years. The Association of American Publishers reports that spending has dropped 35% during this time period. “When it comes to acquiring course materials students have more choice – and more affordable alternatives – than ever, including rental options for both print and digital materials, loose-leaf … END_OF_DOCUMENT_TOKEN_TO_BE_REPLACED 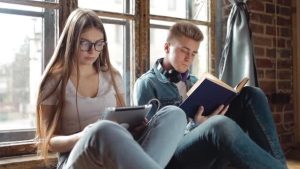 According to a study, a single textbook can sell as high as $200 irrespective of how long the student is expected to use it. The costs continue to skyrocket despite the availability of digital books, an option that is usually considered a bit cheaper.In a bid to help you save on textbooks, we have combed through the internet to identify the best sources of free textbooks. … END_OF_DOCUMENT_TOKEN_TO_BE_REPLACED 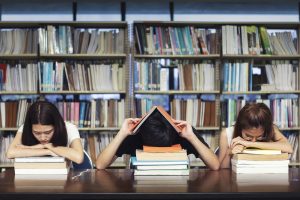 Pearson is the largest publisher involved in textbooks for colleges and universities. The company has announced they are abandoning print and are only going to focus on digital.  This is being done because most of their digital textbooks are delivered on a subscription basis and the content can also be updated responsively and incorporate videos and assessments that provide … END_OF_DOCUMENT_TOKEN_TO_BE_REPLACED 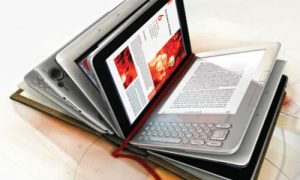 When people (re: students) complain about the outrageous cost of higher education, they're usually referring to astronomical tuition increases, seemingly endless student fees, and of course, multi-million dollar bribes to get Junior into his party school of choice. What is often overlooked at first is the inexcusable cost of textbooks, which have risen by more than 88% just … END_OF_DOCUMENT_TOKEN_TO_BE_REPLACED 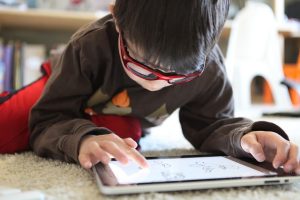 In unsurprising news, yet another study has concluded that children prefer, interact with, and retain information better when reading a print book instead of an ebook. In this recent study, the example cited was actually toddlers, and the data demonstrated in some way that the children interacted more readily and more profoundly with the text when holding a print book instead … END_OF_DOCUMENT_TOKEN_TO_BE_REPLACED 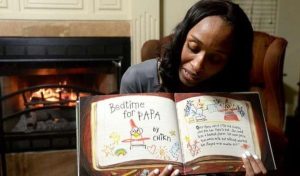 In what has to be one of the best viral feel-good stories in recent weeks, the internet is going crazy for a woman who reads children's books aloud on Facebook Live. The woman isn't just a book lover with a social media account, though, she's Belinda George, a long-time educator and first-year elementary school principal from Texas.For some background, Texas falls well … END_OF_DOCUMENT_TOKEN_TO_BE_REPLACED

Digital textbooks were supposed to revolutionize and equalize education. By enabling access to uploaded, updated materials to students around the world, schools and families alike could be spared at least some of the expense that typically goes along with printed textbooks.So what happened? The widespread, world-changing adoption that the industry foresaw for so long has … END_OF_DOCUMENT_TOKEN_TO_BE_REPLACED 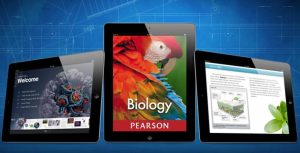 Widely-known educational publisher Pearson has been giving hints and reports since 2017 that it had plans to get rid of its digital textbook division, and now that deal has finally been announced. The company will sell off its K12 school courseware product--which distributes digital textbooks, among other things--to Nexus Capital Management, as announced this … END_OF_DOCUMENT_TOKEN_TO_BE_REPLACED 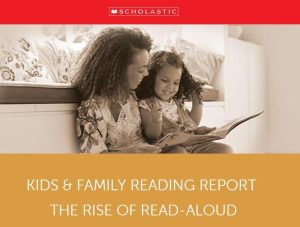 Ever since the dawn of widely available ebooks and e-readers, there's been an educational debate surrounding kids' interactions with digital. While some advocates support the ability to read anywhere, enjoy a virtually limitless supply of content, and engage in educational content like never before, critics don't agree. In fact, multiple studies took aim at kids' ereading on … END_OF_DOCUMENT_TOKEN_TO_BE_REPLACED 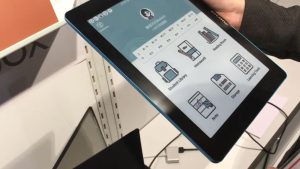 The Onyx Youngy Boox is a new 10.7 inch e-reader that displays color. This device is utilizing a special Red, Green and Blue color filter applied on top of the E Ink Carta HD layer. The resolution is only 150 DPI because the requirements that greyscale and the color filter needs to display content.This device is primarily aimed at the educational sector and has a camera … END_OF_DOCUMENT_TOKEN_TO_BE_REPLACED