You are here: Home / Barnes and Noble Nook / Kobo and Nook Cloud Readers are Discontinued 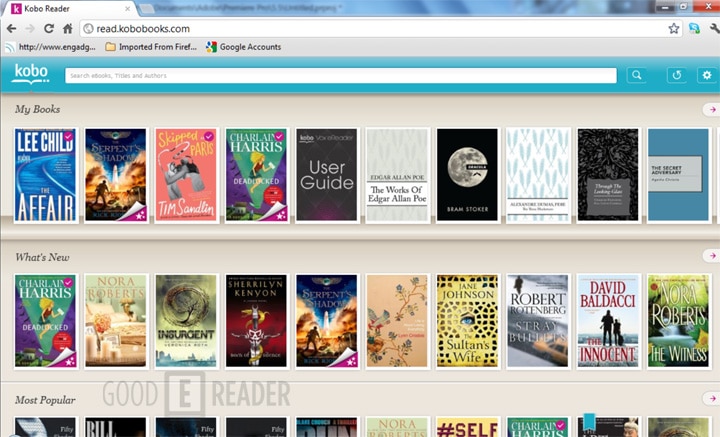 The Kobo Cloud Reader has been officially discontinued and the link to access it now redirects to the companies general app page.  The Nook Cloud Reader has also been abandoned with the advent of the new Barnes and Noble website that was unveiled last summer.

These two online reading apps were developed in 2012 when Apple decided to handle all in-app purchases through their own financial system, instead of app developers processing it themselves. Apple mandated that it would keep 30% out of every transaction and suddenly Barnes and Noble and Kobo realized they would not make any money by paying Apple their commission.

In order to bypass the new Apple policy Amazon, Barnes and Noble and Kobo all developed online Cloud Reading apps that you could access through Safari. It allowed customers to buy e-books right in the browser and provided the same type of  reading experience as you would find within their standalone apps for Android or iOS.

These cloud reading apps never gained significant traction because the companies that ran them never really promoted them. They languished in obscurity for a number of years, until they were quietly discontinued. The Kindle Cloud Reader remains the only online reading app to be maintained and available for public use.

I am not surprised that Kobo and Nook have discontinued their cloud reading app and nobody really noticed. It really shows you how many users were regularly using the platform to buy and read e-books.