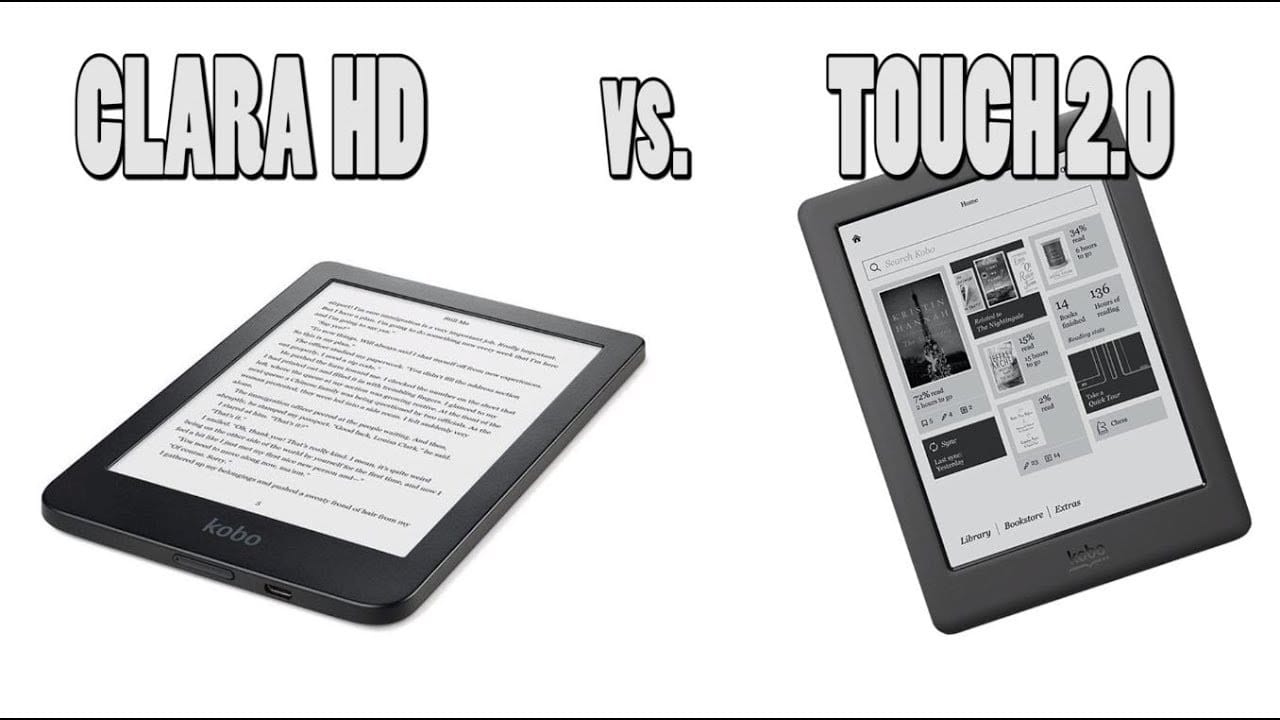 The Kobo Touch 2.0 and Kobo GLO HD are the two e-readers that the Kobo Clara HD replaces. The Touch came out in late 2015 and the GLO a year later. Many people wait a few generations before upgrading their e-reader, mainly because E-ink technology moves at a glacial pace, compared to smartphones.

The Kobo Touch 2.0 features an e-Ink Pearl display with a resolution of 800×600 and 167 PPI. It uses the same IR-based touch technology that’s found in the Nook Simple Touch and many other e-readers in the Kobo portfolio. It works well; the screen was generally responsive to my commands. In order to make this device has cheap as possible Kobo decided to forgo an illuminated screen, which has been a mainstay of almost every single e-reader for the last four years. The last Kobo model not have a front-lit display was the Kobo Mini, which was released in 2012.

Underneath the hood is an 1 GHz Freescale i.MX6 Solo Lite Processor and 4GB of internal memory. You can remove the angular back plate to reveal a hidden SD card that has the operating system and critical software features. You can swap this out to increase the memory further, but you need to have somewhat advanced knowledge of how to use cloning software.

The Clara HD features an E-Ink Carta HD display with a 300 PPI display. The screen is not flush with the bezel, but there is a small dip. There is a USB port and power button on the bottom and the rest of the sides have nothing on them. The back of the Clara has a neat perforated design that makes it easy to hold and a high degree of grip.

Underneath the hood is a 1GHZ Freescale Solo Lite processor, 512MB of RAM and 8GB of internal storage. Kobo has suspended expandable storage a few years and there is no Micro SD on the Clara HD. In order to conserve memory you have a number of options in the settings menu to automatically delete books from the device when you are finished reading them and you can do the same thing with Pocket articles. Speaking of Pocket the Kobo experimental browser also has Pocket integration, so you can save Pocket articles directly on the e-reader, instead of exclusively relying on the plugins for Chrome or Firefox.

The Clara HD has a front-lit display that might be one of the best ones Kobo has ever released. It has even light distribution thanks to the 8 white LED’s and the Comfortlight PRO system has 7 orange LED’s. If you turn both the front-lit display and the Comfortlight on, all of the LEDS work in concert and it provides a really bright and vibrant reading experience. The comfortlight has an automatic setting that does not use an ambient light sensor, instead of relies on the time of day and your time zone to automatically configure itself. Auto brightness is optional and can be completely turned off, you don’t need to use it if you don’t want to.

There is literary no contest between the Kobo Touch 2.0 and the Clara HD. The HD is around the same price, has a front-lit screen and color temperature, better resolution and the latest generation E-Ink Carta HD for excellent page turn speed and clarity of text.