You are here: Home / E-Book News / Radish is developing a series of in-house ebooks for their platform 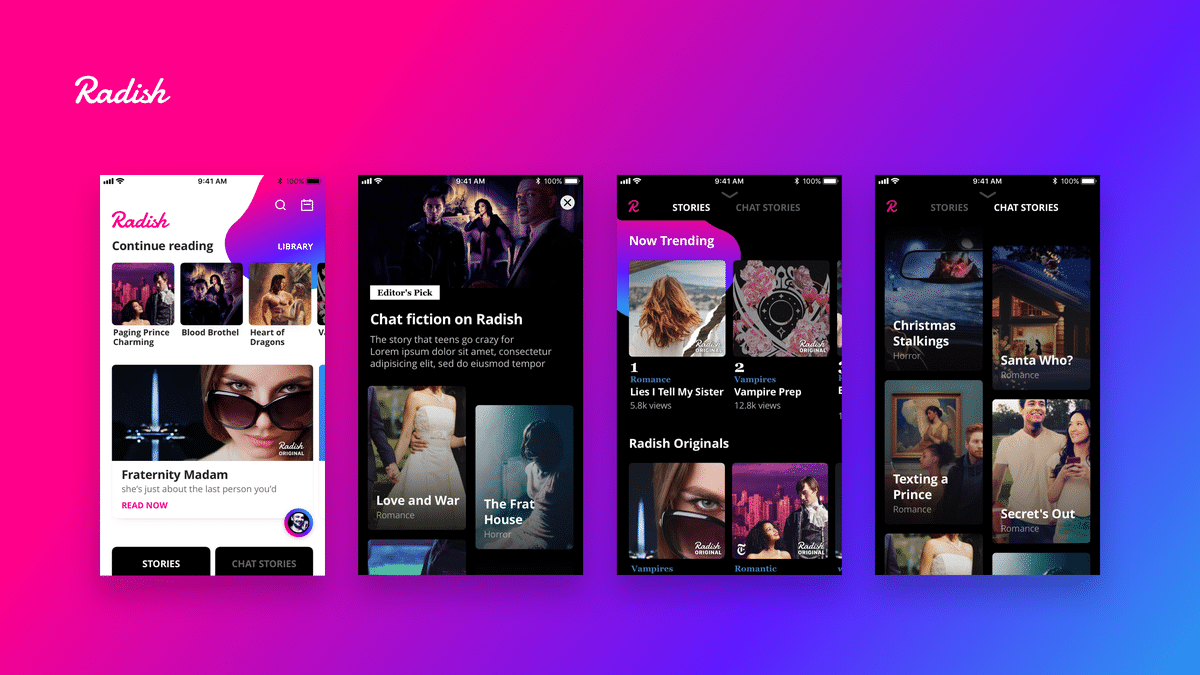 Radish has been available on Android and iOS for the past two years and the company specialises in short fiction and serial fiction from authors that are submitting content directly to their platform. Writers can make their content available for free or experiment with the freemium model, where readers can pay to read a chapter now, or wait to read it for free at a later date. Radish is in the process of launching original content from in-house serialized stories and has brought on Sue Johnson, who formerly served as VP of Programming at ABC Daytime, to serve as CCO to head up the initiative.

To launch Radish Originals, Johnson has brought together six of television’s most celebrated Emmy® Award-winning soap opera writers to help pen original stories for the platform, including Jean Passanante, Addie Walsh, Leah Laiman, Tom Casiello, Marlene McPherson and Lisa Connor. Between them, they have 11 Emmy wins, 50 Emmy nominations, 15 Writers Guild Awards and 42 Writers Guild nominations and have worked on every major American soap opera airing in the last 30 years, including All My Children, As the World Turns, Days of Our Lives, Guiding Light, Another World, One Life to Live, General Hospital, Passions, Loving, Search for Tomorrow, and The Young and the Restless.

Offering a range of genres that includes romance, fantasy, YA, paranormal and mystery, Radish Originals aim to highlight diversity and inclusion. Stories feature a mix of leading characters who are diverse with regards to race, ethnicity, gender, sexual orientation, socio-economic status, age and physical abilities. The first Radish Originals became available in November.