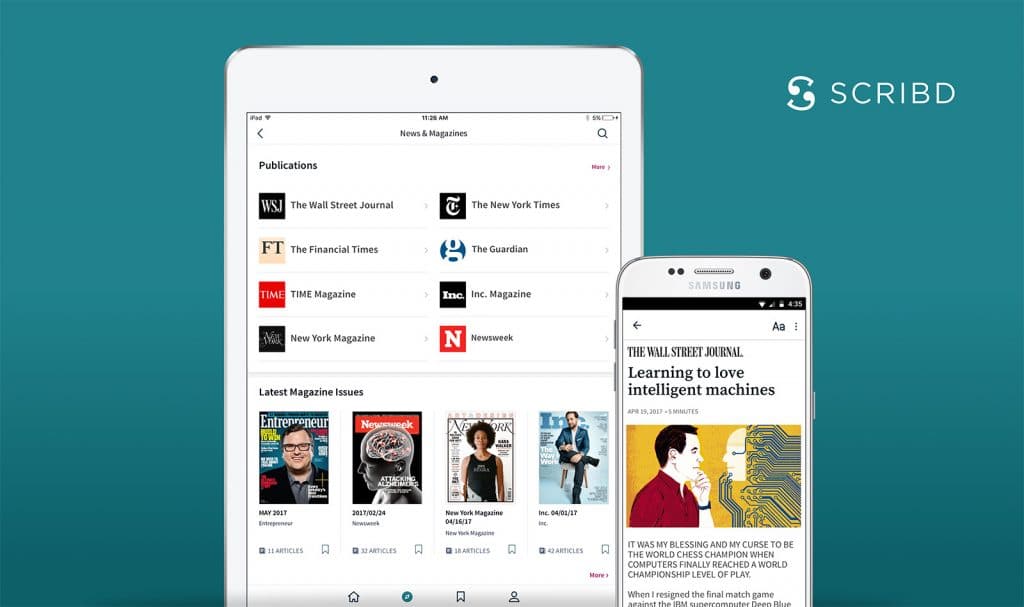 Scribd is one of the largest unlimited audiobook and ebook websites in the world and they currently have 750,000 paying subscribers. Scribd has seen a double-digit increase in engagement since its shift to an unlimited model in February 2018, and the company’s growth rate has averaged 50% year-over-year. Key indicators point to continued strong growth.

I talked some people within Scribd and they mentioned a few things that our readers will not know. Scribd gets audiobooks on their subscription service the day they are released commercially, so the day they are available on Audible or Google Audiobooks, Scribd has them. In terms of ebooks, the period in which Scribd gets a book varies from publisher to publisher and book to book. “We typically receive ebook titles 12-18 months after their release date.”

In order to take their business to the next level the company has just hired Jared Fliesler will join the company as Chief Operations Officer. He will lead the company’s product, growth, marketing, recruiting, and general operations.

It’s an incredible honor to join Scribd, and it couldn’t be a more exciting and opportune time for the company,” said Fliesler. “Scribd is partnering with publishers to define the future of digital publishing, and I am excited to help the company in this new phase of its success.”

Fliesler is known for his ability to focus and scale organizations and to expand product-market fit. He has held executive positions at Square, Slide, was a Director of Product at Google and most recently served as General Partner at venture capital firm Matrix Partners. At Square, Fliesler was the Vice President of User Acquisition and Business Operations and helped grow its payment processing business from $2 billion annualized to more than $10 billion, and the number of activated accounts from 800,000 to more than 3 million. His teams also scaled retail availability from a few hundred locations to nearly 40,000.

There are very few companies currently involved in the Unlimited ebook space. Amazon Kindle Unlimited is starting to see Scribd as competition and has reduced the cost of their platform.