You are here: Home / Business News / The European Union Strikes Down Agency Pricing for eBooks 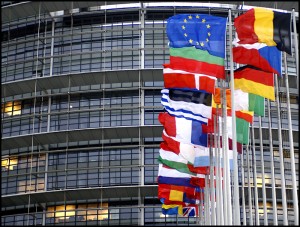 The European Union today announced a court settlement with Apple, Simon & Schuster, HarperCollins, Hachette and Macmillan. This paves the way for the abolishment of agency pricing for a two year period. Agency pricing basically allowed Apple to compete out of the gate against Amazon, Barnes and Noble and Kobo by getting top publishers to agree to set the prices of eBooks, rather then the online retailers.

“The commitments proposed by Apple and the four publishers will restore normal competitive conditions in this new and fast-moving market, to the benefit of the buyers and readers of e-books,” EU Competition Commissioner Joaquin Almunia said.

This announcement from the EU comes at a time when the North American market is seeing the reverberating effects of the Justice Department settlement. Major Publishers like HarperCollins, Hatchette and S&S have made new deals with Amazon and other retailers to allow them to set the prices. The publisher prices are merely guidance at this point and many deals are to be had.

The lower eBook fees will be a reality in Europe during the next six months, as new agreements have to be ironed out with eBook sellers and distributors.