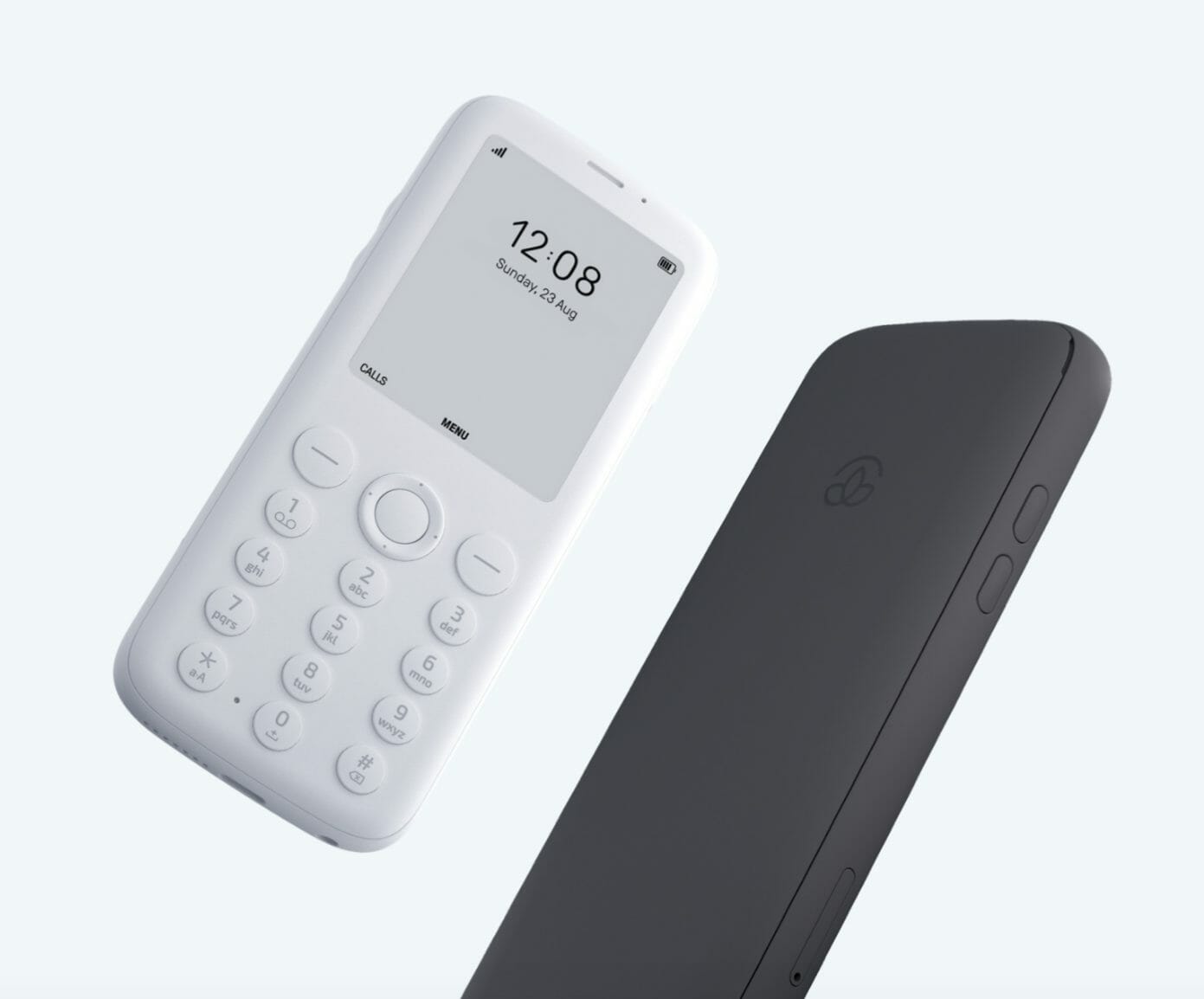 E Ink display continues to find application in different forms. Post the launch of the Mudita Harmony alarm clock, the company has now announced the launch of a feature phone named Mudita Pure that comes with a 2.84-inch grayscale E Ink display. Also, being a feature phone, there is none of the fancy stuff associated with smartphones. Rather, it’s a simple looking device with the E Ink display on top and the number pad at the bottom and is a proud recipient of the German Design Award as well.

The display has a resolution of 600 x 480 pixels which makes for a quite decent pixel density of 270 PPI. An ARM Cortex-M7 processor rated at 600 MHz makes up the core of the phone and is coupled to 64 MB of SDRAM and 16 GB of eMMC storage. Power comes from a 1.600 mAh lithium ion battery that again is user-replaceable. The company hasn’t revealed how long the battery is going to last though it should easily stretch for weeks on a single charge given the power saving credentials of E Ink displays.

The phone comes with a dual SIM card slot and supports 2G, 3G, and 4G LTE. Other connectivity options include a USB-C port and Bluetooth 4.2 though there is no support for Wi-Fi or cellular data. The phone runs the MuditaOS software which the company said has now been made open source. The operating system is based on FreeRTOS and comes with a custom user interface. Also, it being a feature phone, there still are a few apps that Mudita Pure supports. These include a calendar, calculator, notes, alarm clock, music player, and voice recorder all of which add to user convenience.

Further, an interesting feature of the Mudita Pure is that it can be tethered to a PC using a USB cable and can be made to function as a cellular modem though the PC should be running the Mudita Center software. Meanwhile, the company announced the Mudita Center companion app too has been made open source. The companion app can be used to sync the phone to a computer, which includes sharing calendar and contacts info along with music files as well.

Coming to price, the Mudita Pure is priced at $369 with shipment slated to begin on November 30 after it hits the production lines on November 15. The phone has already been in the making for a few years now and it’s good to see all of those efforts coming to fruition.