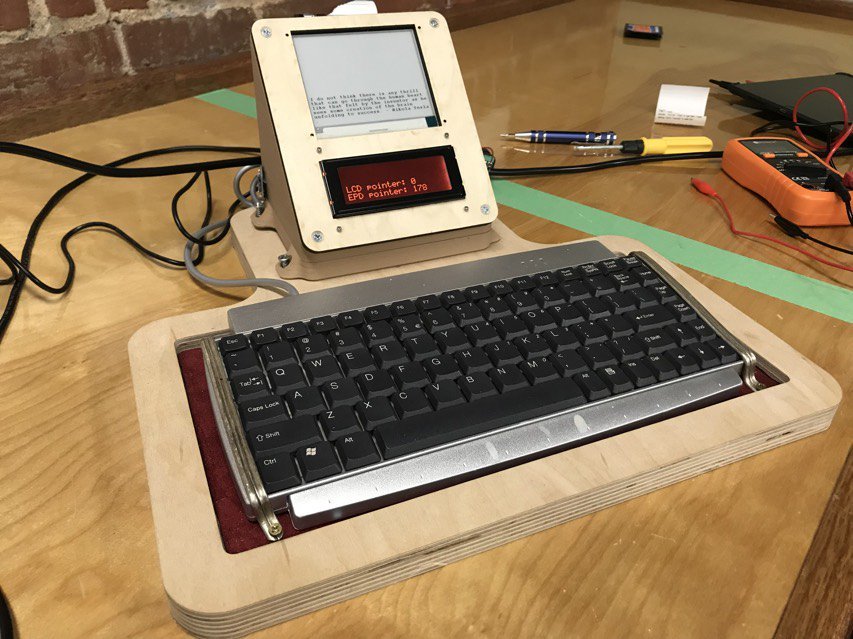 There are a few E Ink typewriters on the market such as as the Pomera and Freewrite, but they are expensive and considered too hipster for most people. An engineer as just created his own typewriter and it has a built in printer and that outputs his mini stories. 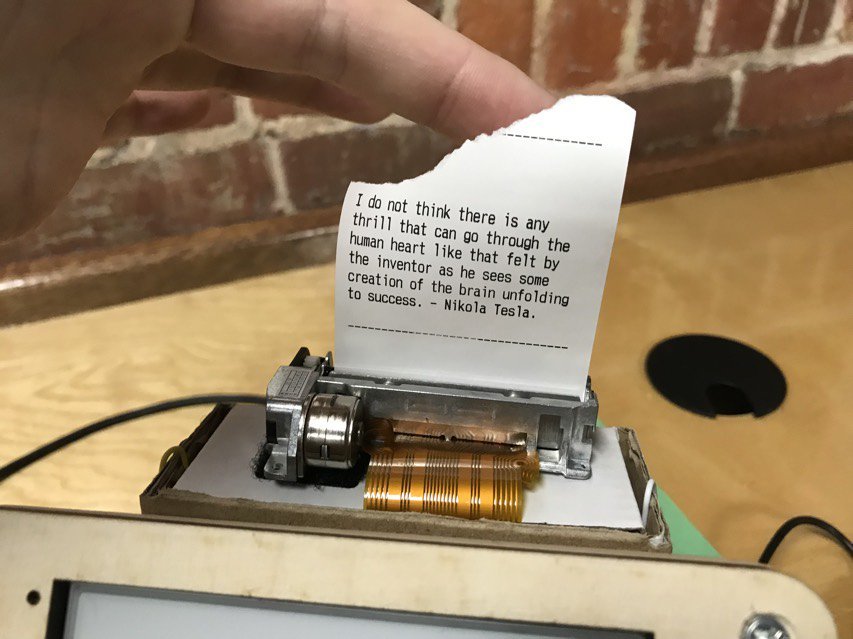 The SPUDwrite is a total DIY project that has a five inch E Ink screen and a mini LCD screen that briefly outputs whatever you typed on an external keyboard. It also serves as the interface to print on the type of paper you get from a cashier at a retail store. It has a SD card for you to import in novels or to save whatever you are working on at the time. for the printer interface. Underneath the hood is a 84 MHz STM32F401 ARM Cortex-M4 processor and it runs software based on ARM’s Mbed operating system.

In the near future the engineer is going to refine the design and “make it more bladerunner” with a cohort in Seattle. Sign me up!