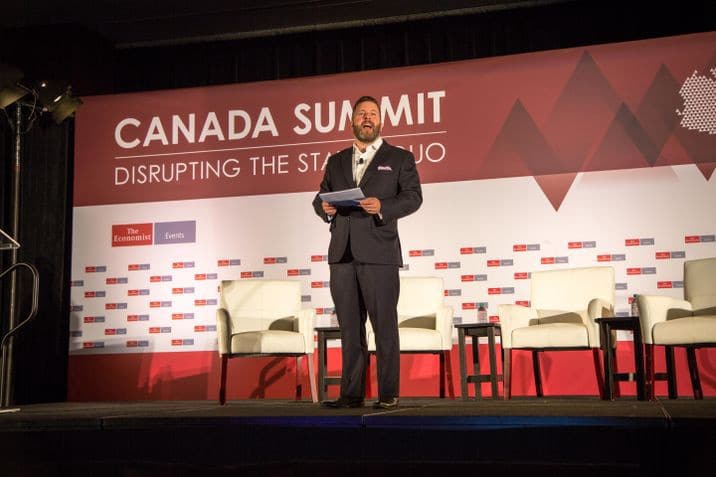 The CEO of Kobo, Michael Tamblyn, spoke at the The Economist’s Canada Summit and proclaimed that 1 in 5 books sold in Canada is an eBook, in some categories it’s 1 in 3 or higher and Kobo is the largest retailer of digital books in Canada and one of the largest in the world and the second-largest manufacturer of e-Reading devices globally.

Michael Tamblyn attributed the success of his company to three major factors.

The first was thanks to an especially potent mix of bravery and realism. We could tell that building a great e-reading service was going to be a big, capital-intensive project — and that not only was Canada not a big enough market to sustain it, almost no most national book market was big enough to sustain the level of investment that would be required to compete with Amazon or Apple or Google. Go big, because you can’t stay home. We were leaving the era where each country has a dominant book retailer or two and entering a new era where only a few global players would have the scale to compete. The good news was that it meant that the challenge that Indigo was facing — protecting their customers in the face of digital onslaught — was a challenge that every retailer who sold books anywhere in the world was going to face. And so from the very beginning, we set out to be one of those global players, because the alternative was not doing it at all. We built systems on the assumption that we were international, we hired people who were experts in other markets. Even when we were tiny, we were tiny and global.

The second thing we did right was to let go of the gravitational pull of the US. in our first couple of years, we could already see that the US, the richest market for ebooks in the world, was about to become a battleground. It was the home turf of Amazon, Apple, Google, and Barnes & Noble, and everyone wants to win at home. So while our competitors were all engaged in a very expensive fight for control of the US market, we quickly and quietly expanded into every other single country that looked like a candidate for digital growth, places where we could get in early, start building brand and market share. And we gained months, sometimes years of breathing room as competitors later struggled to internationalize systems that had been built to serve the US market alone. As those markets have grown, we have been able to grow with them. So now we find ourselves with the majority of our revenue coming from outside of Canada, with active retail presence in 20 countries, delivering ebooks to another 170. And as some countries slow down, others are accelerating, allowing us to continue to see double-digit annual growth as other retailers who focused solely on the US are flat or going in reverse.

The third thing we did right was embracing Canadian-ness both to succeed in Canada but also as a component of our international success. It turns out that being Canadian has helped us in a surprising number of ways.