You are here: Home / e-Reader News / Amazon Partners with Alibaba for a Huge Kindle Promotion 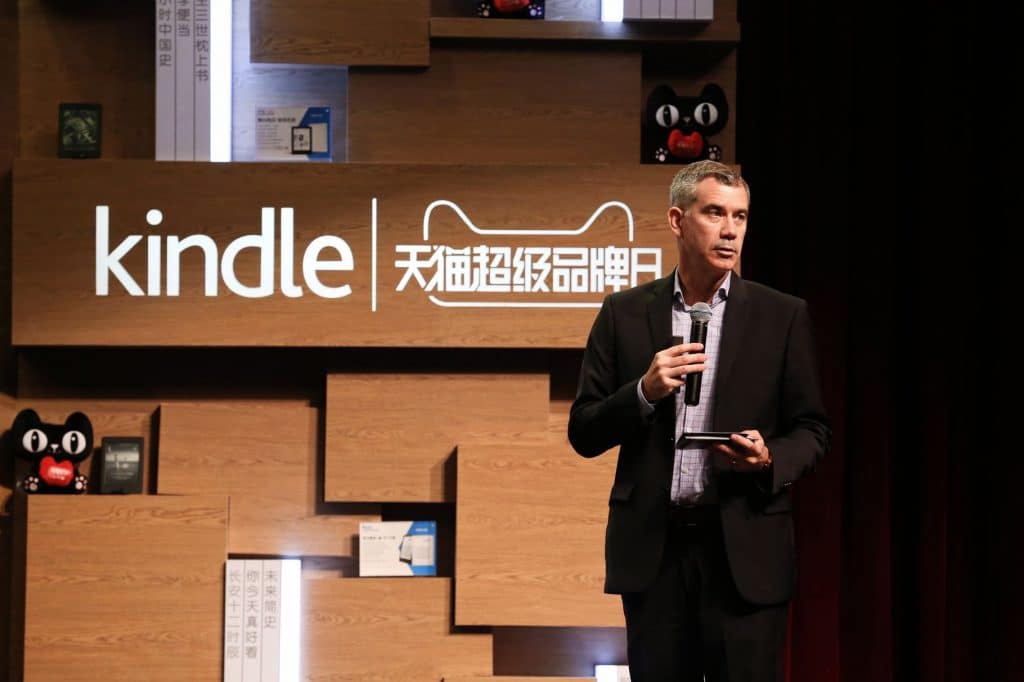 There was a time when Amazon thought they could seriously compete against Alibaba in China, but it looks like this is not going to happen.  Amazon has just partnered with them for a large Kindle promotion across Alibaba’s shopping sites in China on Saturday.

Kindles have been on sale in the country since 2013, and e-books from Amazon since 2012, when the company launched an e-book store just for China, complete with international and domestic titles. Amazon has not disclosed the exact number of devices it has sold in China to date, but told Good e-Reader that sales hit the “millions” in 2016.

In August 2017 Amazon launched a new e-reader that specifically targeted the Chinese market; the Kindle Migu X. This is the first Kindle that not only has the Amazon bookstore bundled on it, but also the Migu bookstore. Amazon is trying to make this new Kindle compelling by offering readers a free one year subscription to Kindle Unlimited. Users will be able to buy ebooks directly from Amazon or Migu with their China Mobile Account or via a credit card.

Chinese are reading more than ever, and they will read even more,” according to David Limp, senior vice president of Amazon Devices. “Many customers in China want the flexibility to read as much as they want across a variety of genres and authors.”

“Our cooperation with China Mobile is not only on devices, but also content and services. Digital reading is now favored by Chinese readers, who are also willing to pay for e-book content,” said Bruce Aitken, vice-president of Amazon China and general manager of Amazon Reading.

What I find interesting about Amazon, is that they establish partnerships in China. Has the company ever advertised their products on a rival e-commerce brand? Could you imagine Kindles being sold online on the Barnes and Noble or Kobo website? Or Rakuten? China is a weird beast for Amazon and they continue to strike partnerships with their rivals in order to sell as many Kindles in the world’s most populous country.