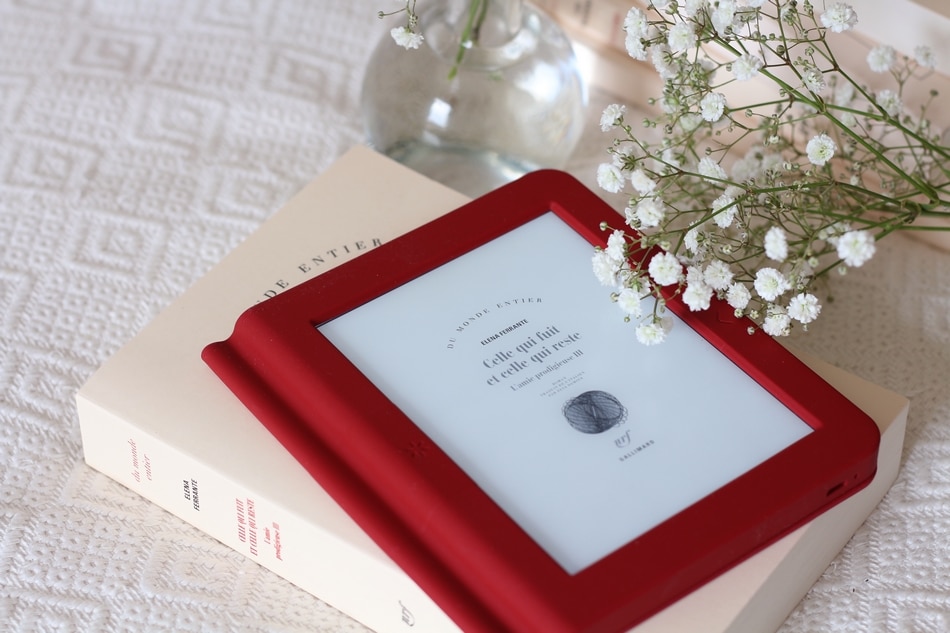 Carrefour is one of the largest supermarket chains in France and they have been involved in the e-reader space since 2013. The company has announced that it is closing their digital bookstore and suspending their relationship with Bookeen, who provided devices to them under the Nolim brand. This is going to result in over 2,400 people losing their jobs.

The Bookeen Nolim is now discontinued, but it was one the most colorful e-readers ever made. The device features a six inch touchscreen display with a resolution of 1024 x 758 and has a front-light, so you can read in the dark. You have around 8GB of storage to store your digital content and you can connect up to a digital bookstore to buy French ebooks via WIFI. The most compelling factor from a marketing point of view is that the Nolim has a built in case and is available in five different colors. The case wakes the reader up and puts it to sleep, Carrefour said at the time that it mimics a real book and helps protect it. The Nolim is now being supplanted by the Bookeen Saga, which is basically the Nolim under a new name.

The French ebook market will generate $442 million dollars in 2018 and 9.2% of the population reads digitally. The vast majority of users purchase their e-readers and ebooks via two companies; Amazon and Kobo. Kobo has a strategic relationship with numerous booksellers such as FNAC and Auchan. Amazon continues to be the most popular device.