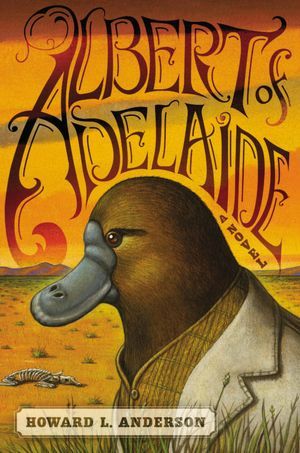 In the spirit of other great talking animal books like The Jungle Book or Dr. Doolittle, Anderson’s work makes you simply forget that these are animals. But this dramatic and violent tale is no Wind in the Willows. These animals just aren’t all that…cute. Certainly, they’re from Australia and we’ve come to associate the platypus or the wallaby with cuteness, but these animals have such vile human characteristics as drunkenness and murderous rage that the reader quickly forgets that these are animals and not ruthless ruffians.

Albert, a platypus who carefully plotted and implemented his escape from the zoo in Adelaide in order to search for the comforting wilds of his childhood home in Old Australia, is rescued from nakedness and near death in the outback by a crusty wombat named Jack. One bar fight, several rounds of gambling, and an instance of arson later, Albert is a wanted platypus with a bounty on his head.

The first chapter or so was disorienting because of the inexplicable portrayal of the animal kingdom; I also wondered while reading where the humans were in relation to the story, such as the instance of the raccoon who sailed over from the gold rush in San Francisco. Interestingly, it is the very real human attributes that the animals display that are both raw and shameful, but it doesn’t take very long for the reader to realize that human beings are no better than animals.