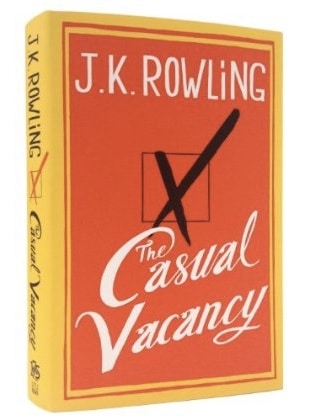 Most of the reviews are in for JK Rowling’s first book of literary fiction for adults, and sadly, they weren’t stellar. Most critics were very accurate when they said it was dull and filled with uninteresting and downright mean characters; even more critics were right when they said there wasn’t a redeeming quality portrayed throughout the entire book.

But the very interesting thing about the book itself and the resulting reviews from other sources just might be the author herself. It would be interesting to know if the book would have been so highly acclaimed had it not been written by Rowling, selling nearly 2.6million copies before it was even released. Moreover, it probably wouldn’t have been so horribly rejected by the literary community if not for the fact that the readers already know just how great a writer Rowling can be.

At times, it almost felt like the author was determined to make sure no one confused her story of Pagford and its sad emergency town council election with the Harry Potter series for middle grade and young adult readers. Certainly, with the abundance of profanity, characters referencing pedophilia, the drug abuse, and outright rape in the story line, it wasn’t hard to forget that this wasn’t for most audiences, let alone children. But taken as a whole, it’s doubtful that this book would have been so critically reviewed if it were just another work of literary fiction portraying life in a quiet British town.

Just prior to the release of the book last week, Rowling stated that the worst people can do is hate it, and on that note she is correct. She has been quiet, obviously, about a response to the critical reviews, but she set out to write something completely unlike her other body of work and she definitely succeeded in that vein.