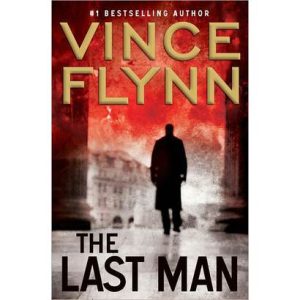 In Vince Flynn’s upcoming installment in his bestselling Mitch Rapp series, The Last Man (Atria) pits all of Washington against itself, set against the backdrop of the Middle East. The FBI fights the CIA who fights the repatriation of Afghani warlords who have supposedly seen the light of democracy. Through it all, super spies play at a game where human casualties are just a natural part of business.

Interestingly, much like for the key players in the book, the readers’ loyalties might shift in nearly every chapter. When Rapp is injured and his memory–and loyalties–called into question, readers may not be convinced that this is the hero of the tale; the rug is further pulled out from under the reader when another character dies and conveniently reappears, or yet another would-be hero holds a gun to an insurgent’s forehead. Secret meetings are held in blackened SUVs, threats are made in high-ranking offices. The only sure thing in the story is that no one is to be trusted.

This book will play out well for people who are just politically savvy enough to believe that our government may very well be doing things right at this moment that we believe only other governments are capable of. The cast of characters can be a little daunting at times as the reader tries to keep up with the names and their various loyalties, but that can also make the story line all the more intriguing in the world of who do you trust.

The Last Man will be available Tuesday from Amazon, Barnes and Noble, Apple, and more.