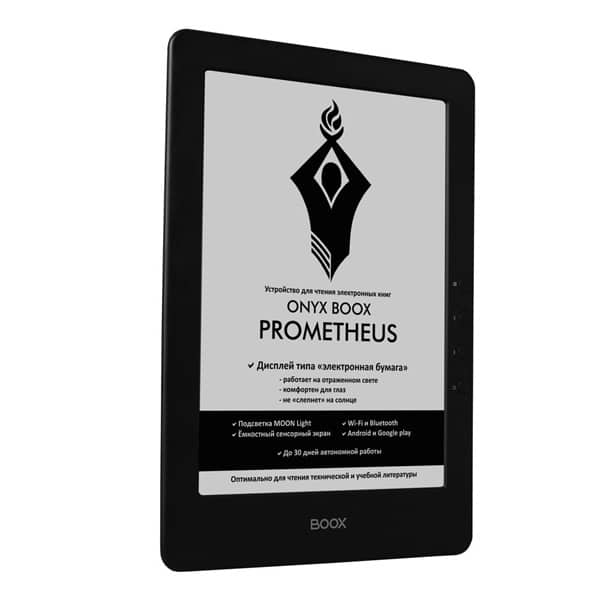 Ectaco used to design and manufacture their own e-readers back in the day. They were the first company to employ color e-ink in their products, although the lacklustre hardware prevented it from going mainstream. Over the course of the past few years they suspended their own hardware and focused on language translators. In order to stay in business they have leveraged their relationship with Onyx and have become their new North American distributor.

Onyx International is based in Russia and have been developing e-readers since 2007. They design their own devices and also are responsible for issuing firmware updates. Onyx has failed to gain any traction in the United States because the main distributer never updated their website with new products or established relationships in the retail environment. Onyx has suspended dealing with their old distributer (Booxter) a few months ago and is now doing business with Ectaco.  The Onyx Boox international site now lists https://www.ectaco.com as their official US store.

One of the first moves Ectaco has made to start generating sales is  marketing Onyx e-readers on Amazon. All of the products listed have come out in 2017 or late 2016, so they are all newer devices. Most of them are fairly affordable, so you can purchase them without breaking the bank. The thing I dig about Onyx e-readers is that most of them run Android and have Google Play. This will allow you to install many different e-reading or digital library apps. Gaming is proving to be quite popular, because aside from reading you can play basic games like Chess or Sudoku.

Obviously, the Onyx is primarily an e-book reader but you can also play popular basic games like Chess or Sudoku.  Obviously with an e-ink screen you aren’t going to play any intensive type of games such as mobile slots, primarily due to refresh issues with e-paper, however, you can download Chrome or Firefox and play browser based games.

It will be interesting to see if Ectaco can make a business out of selling Onyx e-readers. The company does have experience marketing their own devices, but how does this translate in being a distributor?  Only time will tell.