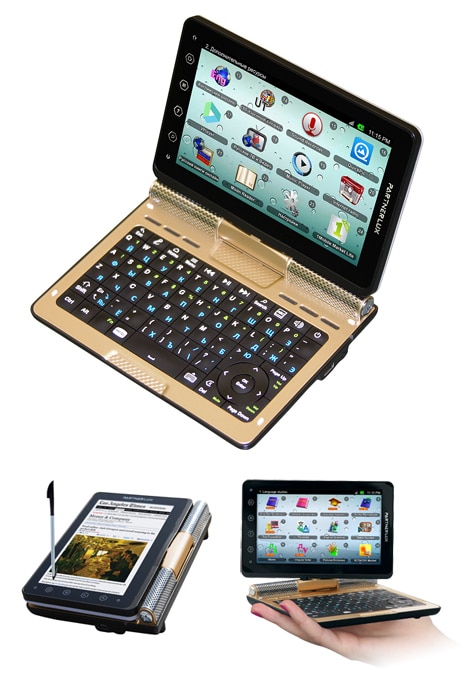 Ectaco showed off their new Lux Android Tablet at BEA 2012 in the Digital Zone this year and it has finally been made available. It features a 5” TFT, 800 x 480 pixel display and features close to 16M colors. The big selling point behind this is that the tablet has a blackberry-esque swiveling keyboard, which can be moved behind the screen. It comes bundled with Google Android 4.0 and some Russian Speech software.

When I played with this at Book Expo America 2012, the one thing I noticed was how pocket friendly it was. This is finally a solid portable tablet for the business minded individual with a built in keyboard. I find touchscreen keyboards to be inconvenient for SMS, email, and text messaging. It is fast and responsive and would be a good addition to anyone doing work on the go and needs something small and lightweight. It is available right now for $499.