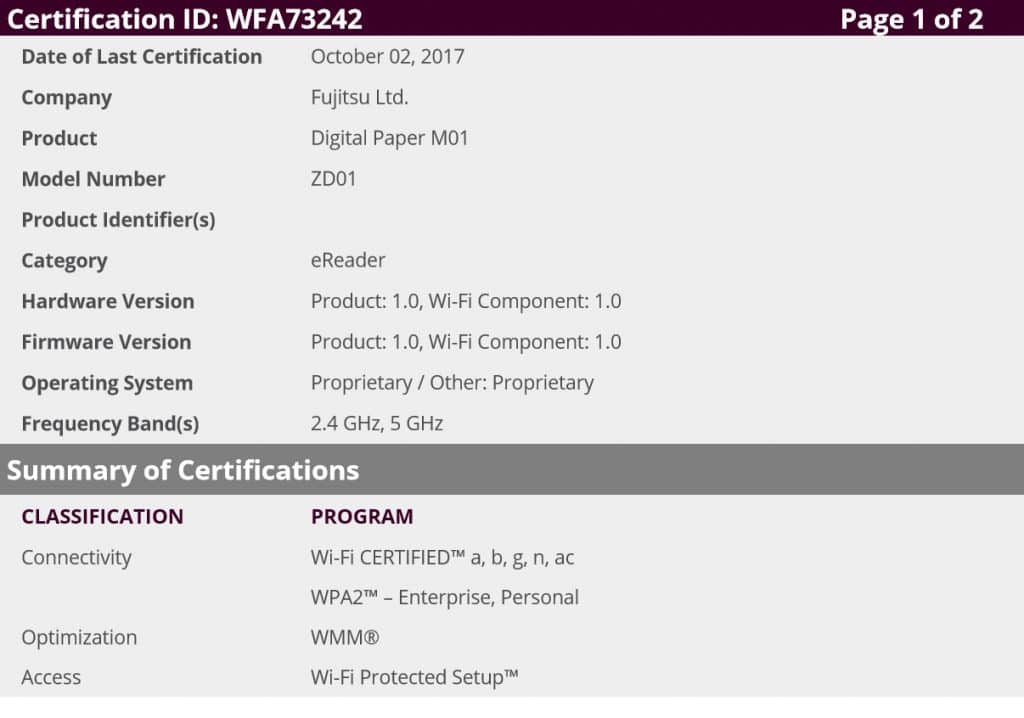 Fujitsu is getting geared up to release their first large screen commercial e-reader. The Fujitsu Digital Paper M01 will be running a proprietary operating system and will compete against the Sony Digital Paper and Remarkable. It will likely be released sometime in the next three months and has already passed certification from the WIFI Alliance.

I believe that Fujitsu will be marketing this as a professional device for their business customers. It remains to be seen if they will allow consumers to purchase it outside of Japan. The company has been developing e-readers since 2010, but has not brought their devices to a worldwide audience.  Can this e-reader compete against more entrenched competition from the Sony Digital Paper, Onyx Boox Max Carta or the Good e-Reader 13.3?