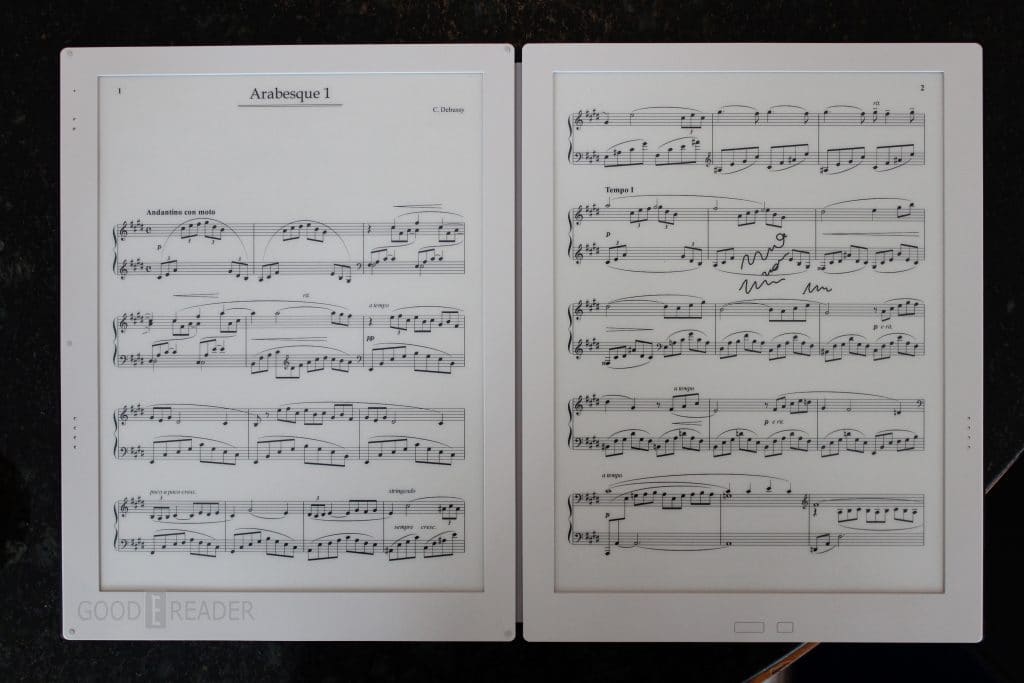 The GVIDO dual screen digital sheet music reader was supposed to be released on September 20th 2017, however, the product is now delayed until October 10th 2017. The company has disclosed that the firmware is not ready yet and there seems to be a hardware problem that needs to be addressed.

The GVIDO features two 13.3-inch E Ink Carta screens that are grafted together by a proprietary hinge that allows the device to open and close like a real book. Each screen features a resolution of 1200 x 1600 and there is a WACOM layer, which means you can take notes or edit sheet music with an accompanied stylus.

There is 8GB of internal memory to store all of your files and it has an SD card, which means you can expand it, further up to 32 GB. You can connect up to the internet via WIFI and download sheet music from the new GVIDO music store that is opening in the next few weeks. One of the most compelling aspects is that it supports Bluetooth, which means you can hook up foot pedals. GVIDO actually has developed their own foot pedal that will turn the pages forward or backwards and can connect up to the sheet music reader via Bluetooth or a USB to Micro USB cable. This is useful because if you are a musician in a crowded orchestra and there are hundreds of active Bluetooth connections, it is great to have the option to go wired.

GVIDO has not disclosed where consumers can purchase this device or what countries will be apart of the launch. They have promised to shed more light on the situation sometime in September.