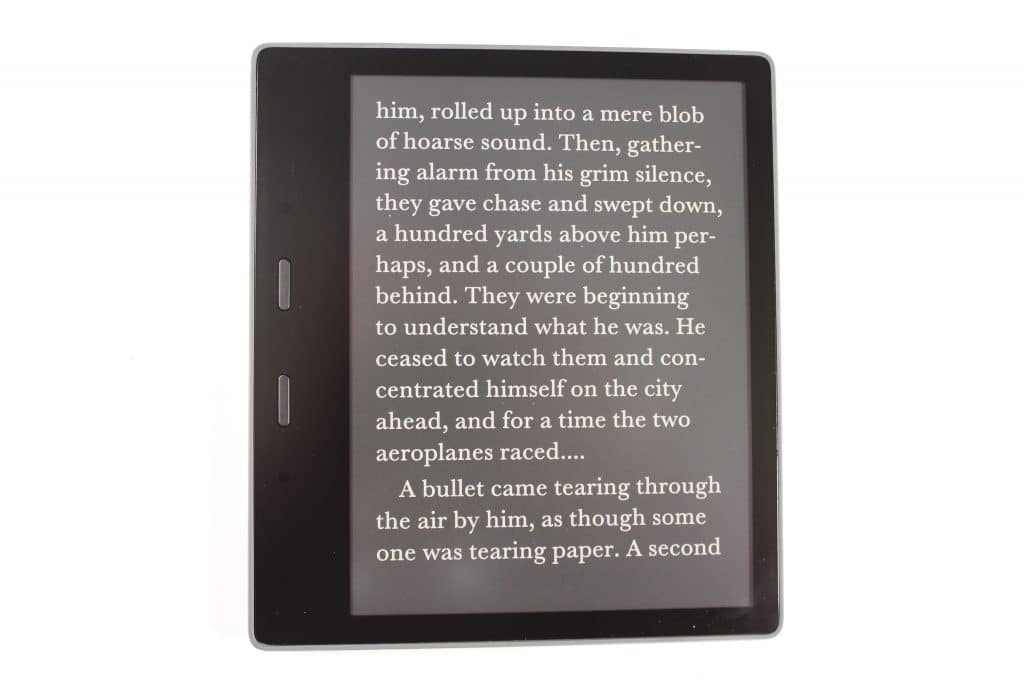 The second generation Amazon Kindle Oasis has a brand new feature called invert black and white. This changes the background black and the text to white. Not only does this make reading e-books easier, but all aspects of the e-reader. In conjunction with the front-lit display, the invert function is really unique.

One of the most interesting aspects of the invert black and white feature is that all of the imagery changes contrast. Instead of being bright, the images become muted.