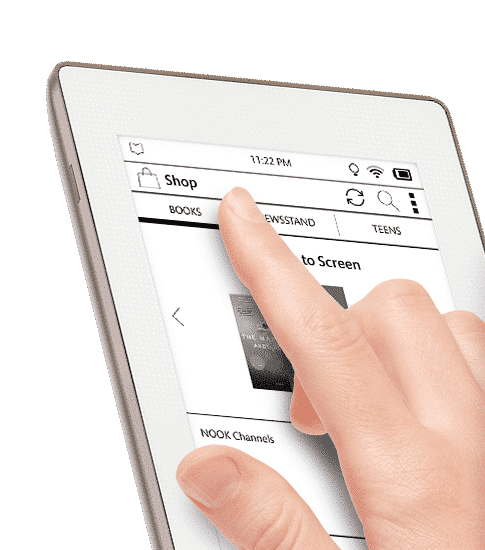 Barnes & Noble are closing down the Nook UK store, and transferring customers to the Sainsbury’s Digital Entertainment on Demand store, along with all of their e-books. The Nook UK store will no longer sell e-books on March 15th and close down completely at the end of May. Where does this leave Nook e-Reader owners?

Barnes and Noble has confirmed with Good e-Reader that there will be no firmware update that will allow UK e-Reader owners to buy e-books on their device. Mary Ellen Keating said “Customers with E-Ink Readers can download new content from Sainsbury’s to a computer and then sideload it to the device via a USB connection. More details can be found on the Sainsbury’s Entertainment On Demand website.”

It is very likely that thousands of Nook owners in the United Kingdom are not going to register for an Adobe Digital Editions account and take the time to sync all of their purchases from their PC to their e-Reader. This will drive even more people over to Amazon, who controls close to 95% of the e-book market.

A few years ago Sony shuttered their e-book store and all of the user accounts and e-book purchases were transferred over to Kobo. When this occurred, Sony issued a firmware update that removed their Reader Store and replaced it with Kobo. This allowed anyone with a Sony PRS-T1, PRS-T2 and PRS-T3 to be able to buy e-books from Kobo right on their e-reader and read them.

In a few short months Barnes and Noble e-ink owners are going to be left with very expensive paperweights and a tremendous amount of apathy is going to be directed at the Nook brand, tarnishing it even further. This comes at a time where B&N consistently looses money on Nook every single quarter and they can hardly afford more negative press.