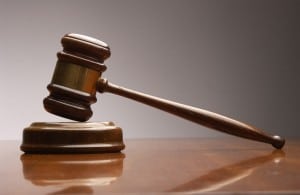 In a long-awaited decision from Judge Denise Cote, the court approved the settlement terms from three of the five Big Six publishers who allegedly colluded with Apple to set the prices of ebooks artificially high in order to rein in some of Amazon’s dominance over the market. This settlement will allow retailers to set the price of ebooks again, meaning the publishers will have to negotiate all new contracts with their retailers and agree to abandon the “agency model” that was established under the supposed anti-trust violations.

Prior to the Department of Justice investigation, the “wholesale model” allowed retailers to purchase the ebooks from the publishers and then sell them for any amount they chose, even if it meant taking a loss on the digital books. Amazon was able to still be successful while pricing all popular bestsellers at $9.99, often a loss for the online retailer, because it was a strong incentive for consumers to purchase Kindle e-reader devices. When Apple introduced the iPad in 2010, the tablet producer worked with the publishers—five of whom agreed, all except Random House—to forgo the wholesale model in favor of the agency model. This move meant Amazon could no longer sell ebooks for less than the publishers decided.

Interestingly, a number of opponents to the settlement involving Hachette, HarperCollins, and Simon&Schuster spoke out against the judge’s possible approval of the terms as it would return the power to Amazon. However, Judge Cote accepted the terms based on the assumption that the market cannot engage in illegal price fixing and justify it by saying it was done in order to return some semblance of balance to the ebook market.

As for how this settlement will affect Amazon, that remains to be seen. Whether the retailer will immediately slash prices on ebooks to drive sales of its new larger Kindle Fire tablet to be released in November, or whether it will continue to keep the price of ebooks at the higher publishers’ price in order to make up for past lost revenues will be determined later.