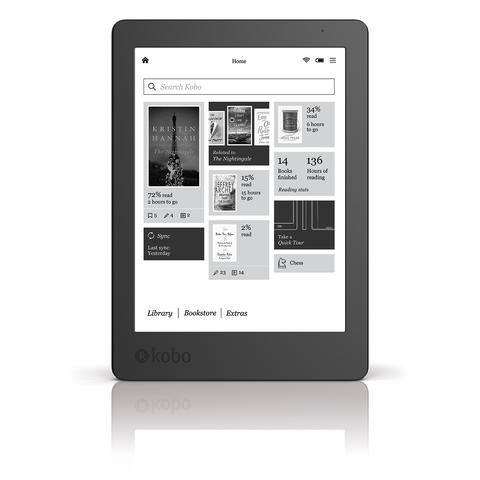 The first e-reader Kobo ever released with a flushed screen and bezel was the Kobo Aura. This was one of the companies bestselling devices ever, but the original model was issued in 2013 and is getting a bit long in the tooth.  I have some good news, Kobo has just announced that they have refreshed the Aura with a second generation model.

The Kobo Aura Edition 2 features a six inch e-Ink Carta display with a resolution of 1024 X 768 with 212 PPI. The screen is not flush with the bezel, unlike the first generation Aura, although the front-light has been dramatically improved.

There is 4 GB of internal memory and with no option to enhance it via an SD card for your average user. There is a hidden SD card on the circuit board, but it powers the operating system. There is no easy way to insert a higher capacity card unless you know how to clone image system files properly.

The design of the Aura 2 has changed and it looks very similar to the Kobo Aura One, which was also announced earlier in the day. The power button is on the back, instead of the top.

This e-reader is considered a mid-level device and it reflects in the price. It will be available to pre-order on August 30th for $129.99. I think in all honestly this is a second generation Kobo Glo HD and not a true spiritual successor to the Aura 1.