You are here: Home / e-Reader News / Kobo Aura One Now Has Wide Availability 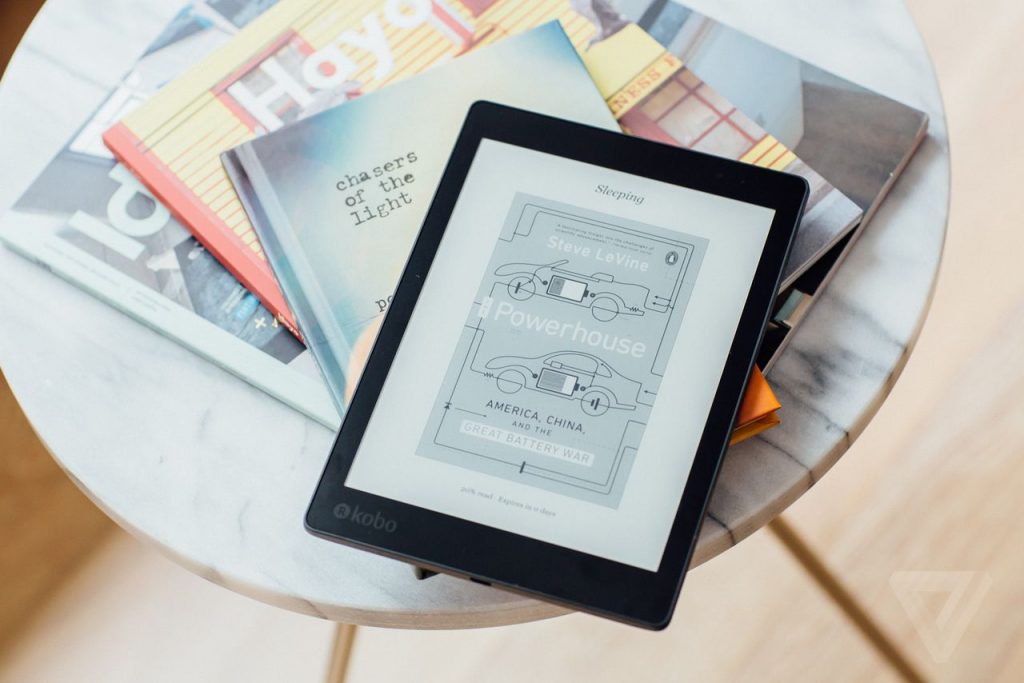 Kobo has experienced a massive shortage when it comes to the Aura One e-Reader. When this device was released late last year it has been chronically out of stock on the Kobo website and many of their bookselling partners have been sold out for months. It looks like Kobo has solved their supply chain issue and the e-reader has lost its limited stock designation.  The Aura One can now be ordered online by Canadians and Americans.

The Kobo Aura One features the largest E-Ink screen that Kobo has ever produced. It is 7.8 inches and the resolution is 1872 by 1404, which works out to a crisp 300 pixels per inch. The screen is completely flush with the bezel, which gives you a wider area to turn pages in e-books or pinch and zoom PDF files.

Kobo also did something very interesting with the front-lit display, instead of white bulbs they decided to use RGB lights. The screen color can be configured to automatically adjust, depending on the time of day. This will gradually change the color, so that by the time you’re reading at night, your e-book is lit by a warm orange glow.

Kobo will be releasing a new e-reader within the next four weeks and it will be called the Kobo H2O edition 2.