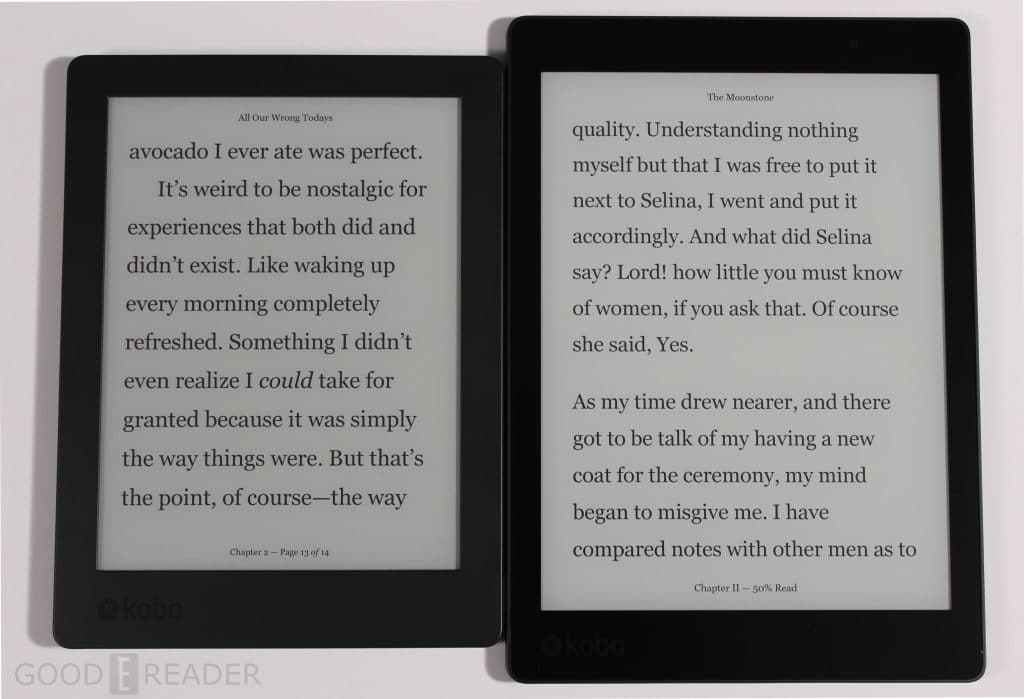 The Kobo Aura One and Aura H2O Edition 2 are the two e-readers that Kobo is heavily marketing and they have the distinction of being larger than a standard six inch device. They are both waterproof and offer unique value propositions depending on your needs. This comparison video will show you the primary differences between the two and give you a sense on what one is better.

The Aura One lighting system holds the world record of the most LED lights on an e-reader. Few are touting this fact, but the Aura One has 17 LEDs lighting up its 7.8″ screen – 9 white LEDs and 8 more RGB LED, for the night reading mode.

The Kobo Aura Edition 2 features a 6.8-inch E-Ink Carta Display with a resolution of 1430×1080 and 265 PPI. The screen is sunken, which means they are employing an IR display, instead of a capacitive touchscreen.