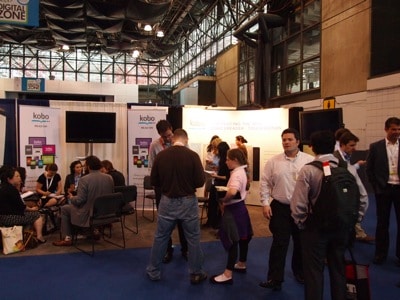 Kobo has announced today that the company has experienced triple digital growth year on year. Their eBook downloads have increased by over 400%, eReader sales by 160%, and eReaders by 280%. If you break it down their eReader device sales increased over 160 percent from the previous year and their bookstore surpassed 2.5-million titles with 1-million free books and books in 60 languages. Kobo recently partnered with the McClatchy Group, Dark Horse Comics and Trajectory Classics Illustrated to bring readers the latest comic, graphic novels, newspapers, as well as the hottest titles.

Canadian based Kobo got into the e-reader game only a mere 28 months ago. Since then they have over eight million registered users in over 180 different countries. The company is poised for accelerated growth due to being bought out by Japanese based Rakuten. They might be not a household name in North America but they are the world’s third-largest e-commerce company, offering unparalleled opportunities to extend Kobo’s reach through some of the world’s largest international e-commerce companies including Buy.com and Play.com.

“Strong eReader growth is projected by IDC for the European market; with sales increasing over 400% to 9.6-million devices expected in market by 2015. We expect Kobo’s trajectory for international growth and user adoption to quickly meet and exceed market projections,” said Michael Serbinis, CEO of Kobo. “We have set the standard for helping our consumers engage in reading in new and meaningful ways, while delivering on our promise to help retailers, authors and publishers take advantage of this emerging market. In two years, we’ve done what others couldn’t in ten.”