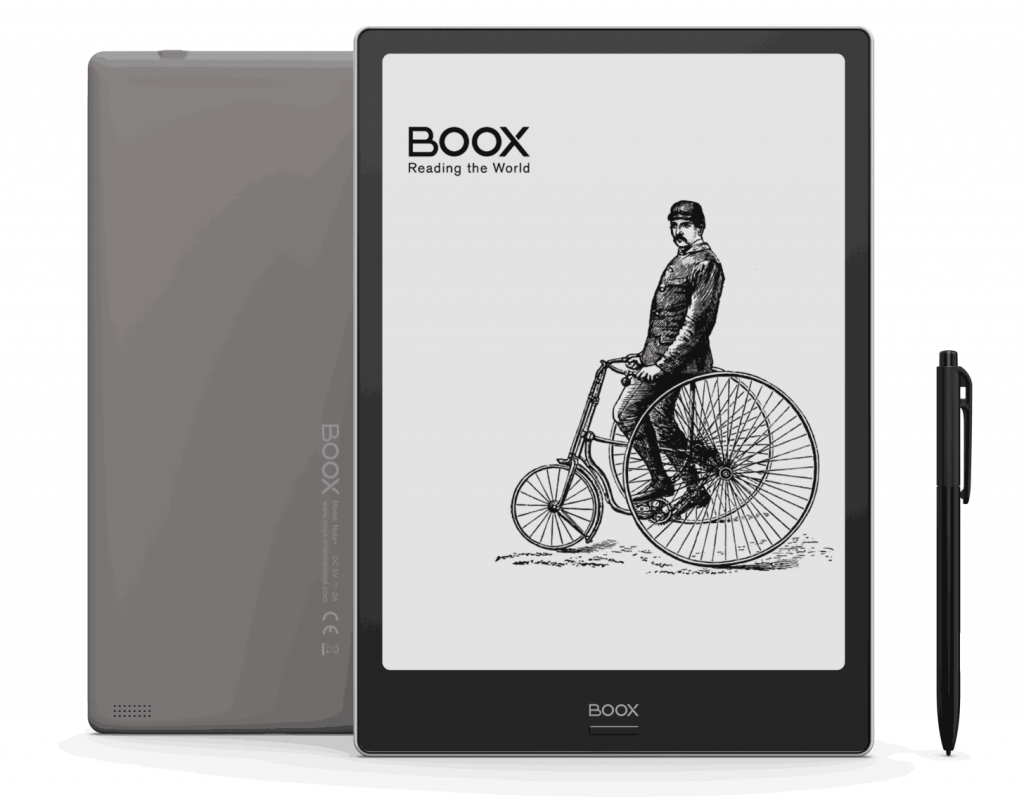 The Onyx Boox Lite and Onyx Boox Note+ are now available to be purchased in the Good e-reader Store. The Note Lite is a dedicated ebook reader and does not have a active digitizer layer to take notes, it has a very large 10.3 inch screen to run Android apps and to read your favorite book. The Note+ has a glass based display and is scratch resistant, making it easier to draw on the screen with the accompanied stylus.

The Note Lite features a 10.3 inch flexible capacitive touchscreen display with E Ink Carta. The resolution is 1872×1404 and 227 PPI. Underneath the hood is a 1.6GHZ quad core processor, 2GB of RAM, dual speakers, mic, Bluetooth, 32GB of storage and USB C. Sadly it does not have a front-lit display, so you will not be able to read in the dark.

This device is running Android 6.0 and it has Google Play. Onyx has developed their own app store which will also be pre-loaded and although it only has 26 apps available on it, all of thems have been optimized for the Lite.

The Onyx Boox Note+ features a 10.3 e-reader with a flexible E-ink Carta display. It has a resolution of 1872×1404 and 227 PPI. It has a glass based layer that is scratch resistant and also a electromagnetic handwriting (WACOM electromagnetic) layer for stylus support.

Overall the Note+ has a very slim profile and weighs less than 350 grams. You can hold it with one hand without any troubles. Underneath the hood is a 1.6GHZ quad core processor, 2GB of RAM, dual speakers, mic, Bluetooth and USB C. It is also running Android 6.0 and a new firmware update will fix the Google Play issue that was plaguing other models.