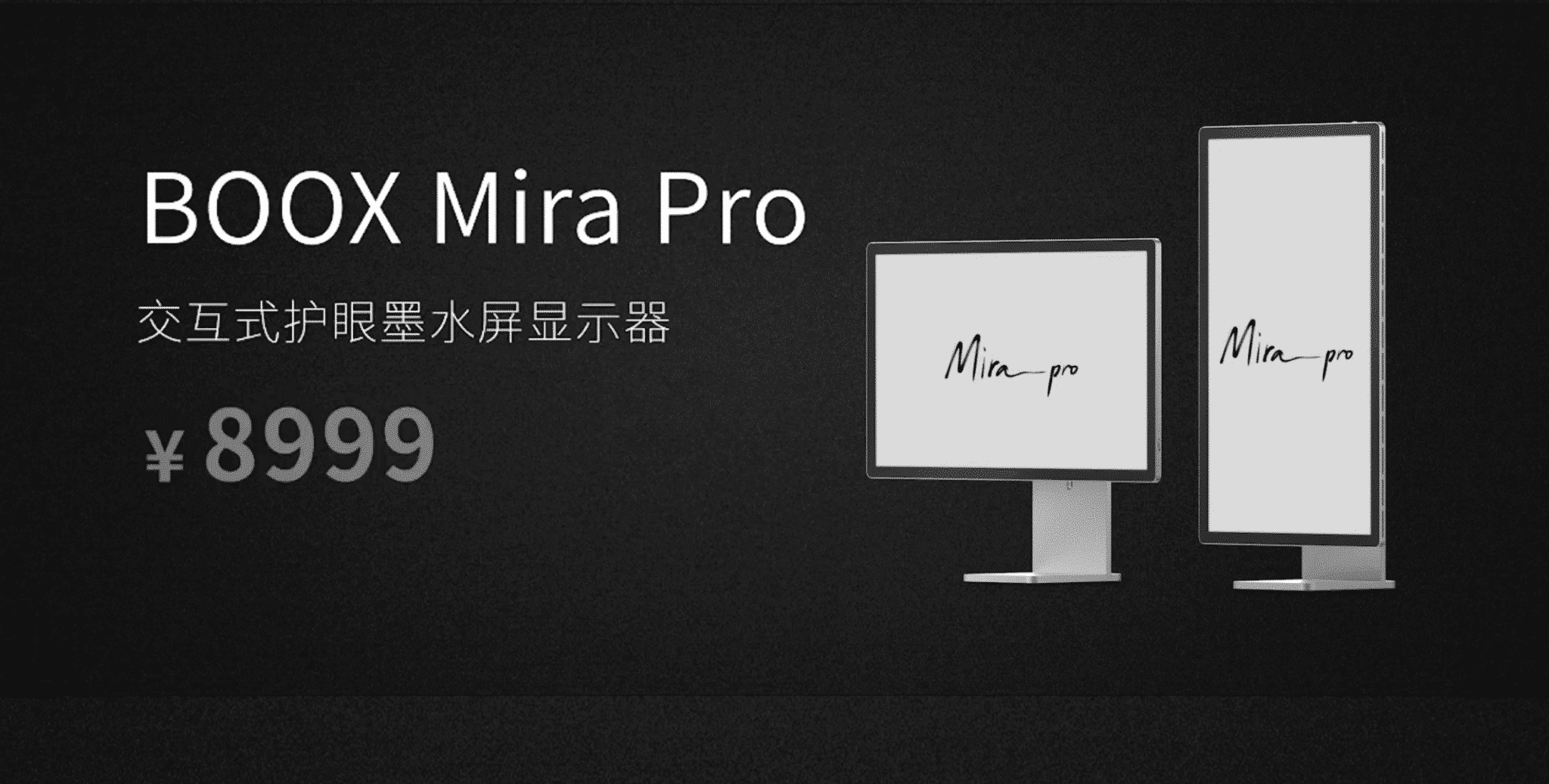 The Onyx Boox Mira Pro is a new 25 inch E INK monitor , equipped with Aragonite’s self-developed BSR super refresh technology, with a screen-to-body ratio of 85%. It adopts an all-aluminum alloy body and supports horizontal and vertical rotation. It has 2K resolution and will be easy on the eyes. It has a front-lit display and color temperature system, so it is easy to read during the day or night.

The Mira Pro has a resolution of 3200×1800 and has no buttons on the front. It has a  Mini HDMI to full HDMI port and would plug into your computers graphic card. There are a myriad of operating systems it supports, such as  Windows 10, MAC OS, Android, Linux. It comes with a stand that can be swiveled from portrait to landscape mode, of course it supports VESA, for customized stands.

This monitor just launched in China and will be available internationally in October for around $1500. This is significantly cheaper than the Dasung 253, which ships in August and will retail for over $2000. The Mira Pro is the second monitor that Onyx has released, the first was the 13.3 inch Mira, which came out in May.