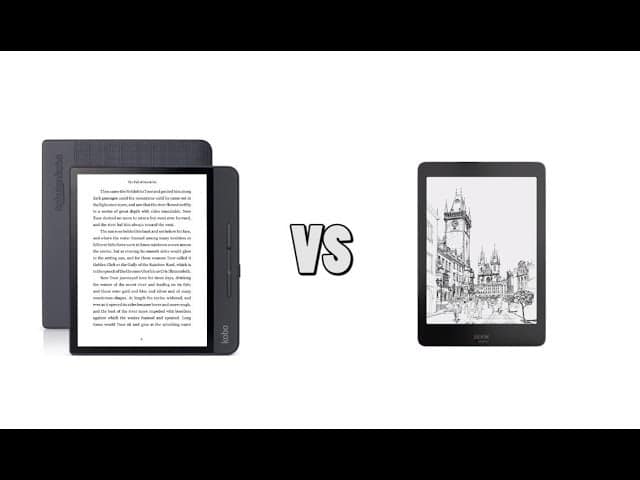 These two e-readers have a fair bit in common. The Onyx Boox Nova and Kobo Forma basically have the same screen size and you get a good ebook experience with 300 PPI. There is no SD card on either of the two devices, so you have to make do. The Forma has two different storage options: 8GB and 32GB, while the Nova just has a 32GB version. What e-reader is better? Read on to find out.

The Onyx Boox Nova feature a giant  7.8 inch E-Ink Carta HD screen with a resolution of 1872×1404 and 300PPI. It has a color temperature system so you can read in the dark. The display is not as good as the Kobo Forma, but the hardware is more powerful.

Underneath the hood is a 1.6GHZ quad core processor and there is 2GB of RAM, so in conjunction with the processor it will handle most apps with ease. Speaking of apps, the Nova is running Android 6.0, so it is compatible with almost every major app out there, such as Goodreads, Overdrive or Kindle. Meanwhile the Forma is running Linux.

The major selling points of the Forma is that it has Overdrive built right in and you can borrow library books with ease. It also has a great bookstore, so you can buy ebooks right on the device. The Nova is running Android, so you will have to find your own ecosystem to buy books, but this is an advantage because you can deal with multiple retailers, instead of only one.