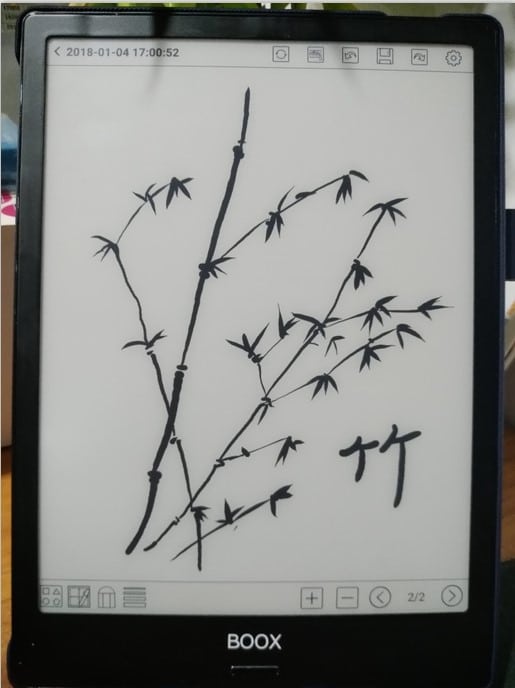 The Onyx Boox MAX2 has just received a firmware update that adds 2048 degrees of pressure sensitivity. This will allow users to get thicker or thinner lines depending on how hard they press on the screen and gives artists and designers a chance to flex their creative skills. The update will be available at the end of the month or early next month.

When we conducted our extensive review of the new MAX2 a couple of days ago, one of the things I lamented was that the stylus on had 5 preset options for varying degrees of thickness. The Onyx is now in exclusive company, the only devices on the market that support pressure sensitivity is the Remarkable writing slate and Good e-Reader 13.3.

Here is a video where we test the beta version of the firmware update.