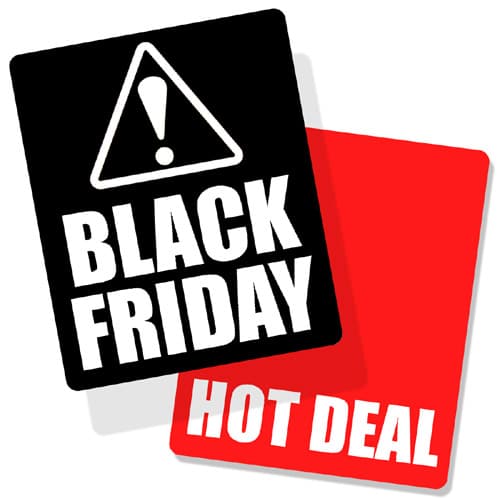 Buying an e-book reader or a tablet (or for that matter, any other gadget) on Black Friday can be rewarding, though if you haven’t done your research you could miss out on some great deals. Presented here is a compilation of some the best deals you can have on two of the biggest selling e-readers currently available.

Think of e-books and e-readers and chances are that the Kindle will come to mind. Amazon started the whole e-book and e-reader mania with the Kindle device. Since then, it has been a steady journey for the e-book reader, where it has only improved with each new makeover.

If you don’t mind ads popping up on the display when you aren’t reading, you can head off to the nearest Best Buy stores to avail of a $50 discount. The Kindle Keyboard Special offers with 3G can be yours for as low as just $90. The deal is only available from Best Buy and nowhere else. However, it’s not part of the Black Friday deals and can be availed of immediately.

Target is also offering the Kindle Keyboard 3G Special Offers for an even cheaper $85, though only on Black Friday. Also, the offer is only valid for purchases made in store and not online, though small quantities can still be on offer online.

If you think getting online via a Wi-Fi connection is enough then this is for you. The price is $79 for the e-reader, which is the regular price, though the deal has been sweetened with a Staples gift card worth $15.

Radio Shack is also offering the Kindle WiFi with Special Offers for the regular price of $79 but includes a $10 gift card with purchase. There is also the offer of 50 percent off on an accessory bundle.

There are no discounts on the price of the Kindle Fire, but buyers of the Amazon tablet will be able to pick up an M-Edge case worth $30 for just $9.99. Head over to the Office Depot if this sounds lucrative.

Also, it might be worth keeping an eye on the Amazon site for surprise Black Friday packages. It’s not likely for a product that’s just launched, but who knows. Woot.com is another site that might have some cool Black Friday deals on the Kindle Fire.

There is a $20 discount on the Nook Simple Touch Reader from Best Buy on Black Friday to justify going for the -ink based device.

B&N has already dropped the price of the popular Nook Color e-reader tablet by $50 and if that’s reason enough to procure the device, here is a $25 Staples Gift card that comes with it.

Radio Shack is doling out $20 worth of gift cards with the Nook Color sporting a regular price tag of $199.

Unfortunately, there isn’t any deal available on the just released Nook Tablet though here again, it might be worth watching over the official Barnes & Noble site. Just in case there is a surprise deal lurking somewhere.

Pandigital also has the Novel e-reader and tablet hybrid that has received decent reviews. They are priced quite cheap at just $120, thereby getting the steepest Black Friday discounts at Best Buy, priced at just $69.99 during that time. However, even at that price, going for better e-readers can still make for a more sensible buy, even if it costs a bit more more.

However, this by no means can be considered an exhaustive list of Black Friday deals on e-book readers. It is advised to exercise caution when going for any other e-readers. Do your homework before settling on an e-reader, to avoid getting carried away by tempting ads.