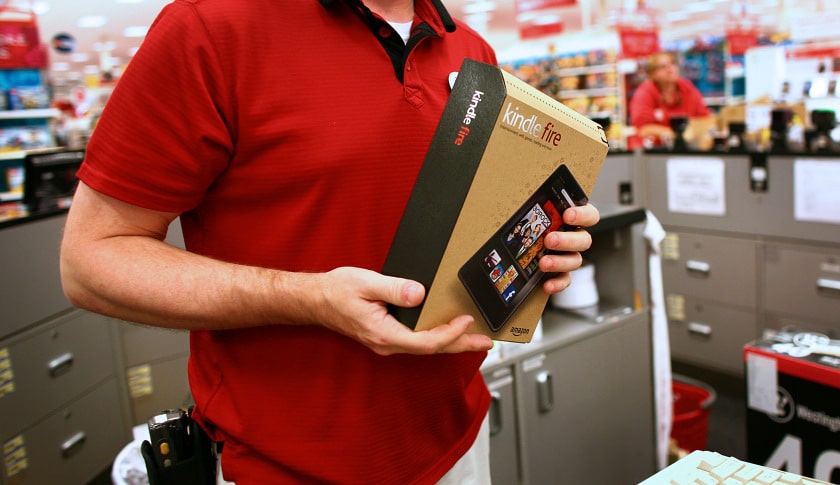 Target shocked the business world when they announced that they were going to start selling Amazon branded products again. There was speculation that Target CEO Brian Cornell who came to the company two years ago was the prime mover. The real reason is because of sluggish Apple sales.

In 2012 Target stopped selling Amazon Kindles and Barnes and Noble Nook products. This was done because Apple offered Target a very lucrative deal to stock iPads and get rid of the competition. Target does not make much of a markup selling Amazon e-readers and tablets. The allure of “all things Apple” was a sirens call that is hard to resist.

The novelty of Apple products has begun to wane at Target. During the second quarter of 2016, sales of Apple iPads, iPhones, and other devices fell 20%. CEO Brian Cornell highlighted the sales drop during an earnings call where he suggested the decline was due to a lack of “newness” and “innovation” and blamed poor Apple sales for Target’s disappointing Q2 earnings results.

Target is unsure whether or not the new iPhone 7 and new iPad models will bring in an influx of new revenue. These devices will likely have small incremental updates.

In early October Target will now be stocking Kindles, Fire Tablets, Fire TV, Echo and other products and accessories. This will be one of the few retail settings where people can try out a device, before they buy it. With Apple sales not as lucrative as they once were, the retailer really needs a win this holiday season, when new Kindle and Fire tablets are expected to be released.