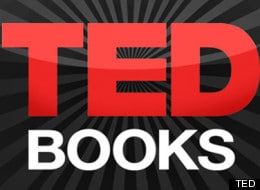 The widely recognized organization behind “viral web inspiration” TED, developer of TED Talks, is now taking on reading in the digital age with its TED Books platform. The multimedia source, working in conjunction with short-form digital publisher Atavist, will be compatible first for iPad at its July 10th launch, with plans for Android compatibility to follow.

While TED has already released ebooks for the standard line of e-readers on the market, this new venture will incorporate Atavist’s multimedia capabilities. One of the most interesting aspects of the collaboration with the Atavist platform is that TED Books can take advantage of the incorporated Atavist features, such as a timeline that withholds “spoiler” information until the reader reaches that point in the book, as well as the user-controlled ability to turn off the extra features if a more streamlined reading experience is preferred.

An article for HuffPo explained the pricing schematics:

“Each book is 15,000-20,000 words long, digital only, with a new title published every two weeks. Individual titles can be purchased for $2.99; however, a $14.99 subscription can be bought that lasts three months – essentially, the next six books for the price of five. For the first 90 days, this will also include full access to the back catalog of existing e-books.”

This venture is another in a growing line of platforms that have discovered, or possibly even led to, a rise in popularity of short-form publishing. Companies like Atavist and Kindle Singles have provided consumers with non-fiction works that are longer than a typical magazine or newspaper article, while capping off at around 30,000 words. This format provides a more in-depth look at a given topic, but due to the immediacy of digital publishing the ebooks are far more timely than longer books making their way through the traditional publishing market.