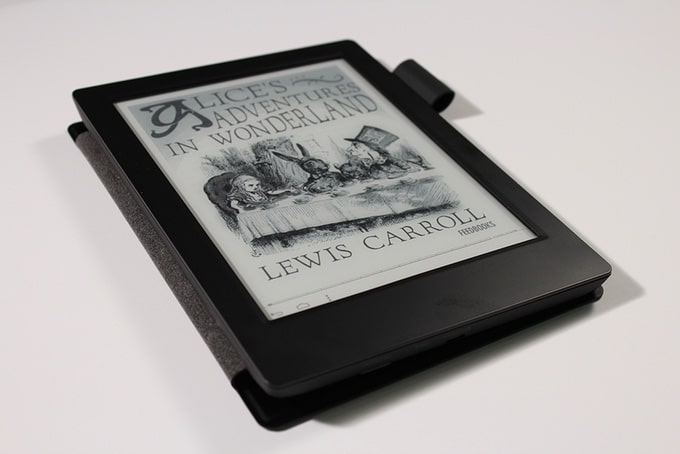 Android e-readers have really grown up this year and many brands are packing some serious hardware power to provide a robust experience. This is a far cry from a few years ago when single core processors and 512MB of RAM were the norm.

Android e-readers have been around for the past four years and they initially had outdated version of the OS, which severely limited the number of apps that can be installed. Early models did not have an app store or Google Play and instead forced users to sideload in their own content, which was a tall order for newer users.

2018 has been the best year ever for Android e-readers. Energy Sistem is no longer making e-readers and Icarus went bankrupt. New contenders have risen to the top of the field and are pumping out a myriad of devices that have a higher version of Android, but also deadly hardware. Android Lite apps are paving the way for a great app experience, checkout our hands on review. If you are just looking to see what is out there, or are in the market for a new device, these are the best Android e-readers of 2018.

The Likebook Mars is the most powerful e-reader ever made. There is nothing like it, with its Octa-core processor and 2GB of RAM. Android and Google Play will give you full access to more apps than you can shake a stick at.  The front-lit display has a color temperature system to make reading your favorite books at night fun and delightful.

The Nova features a 7.8 E-Ink Carta HD screen with a resolution of 1872×1404 and 300PPI. Underneath the hood is a 1.6GHZ quad core processor, which is the same one that the Onyx Boox Note employs. There is 32GB of storage, 2GB of RAM, USB-C, 2800 mAh battery and Android 6.0. You will be able to read in the dark via the frontlit display and it also has a color temperature system.

The Sony Digital Paper has always run Android, but the bootloader has been unlocked and many vendors are now providing a few new menu options, alongside the traditional software experience. You can now access Google Play and install a myriad of apps, which makes this digital note taking device multi-functional.

The Onyx Boox Note is the best e-reader and digital note taking device the company has ever made. It is brimming with great hardware and does not lock you into a walled garden like Sony and Remarkable does.  The Onyx Boox Note features a 10.3 e-reader with a flexible E-ink Carta display. It has a resolution of 1872×1404 and 227 PPI. The panel is comprised of Electromagnetic WACOM and a capacitive layer, which means you can use the accompanied stylus or use your fingers to interact with the screen or flip pages of an e-book. Underneath the hood is a 1.6GHZ quad core processor, 2GB of RAM, dual speakers, mic, Bluetooth and USB C.  I have never seen an e-reader before with a quad core processor and this is a major selling point. The entire software experience is utterly amazing, apps instantly load and drawing has minimal latency. I was certainly not disappointed with any delays, which was surprising.

The Barnes and Noble Nook line of E-ink devices have always run Android, something most people are unaware of. The hardware on this device is middle of the road, but the processor has been optimized for the Carta HD screen and the software experience has been locked down to provide a solid user experience.

There is now a root process available, which can turn this e-reader into a fully functional Android tablet.

The Good e-Reader 6.8 features a resolution of 1440×1080 for a full HD screen that utilizes Carta HD. It has a WACOM layer for stylus interaction and it comes with a built-in case.  Underneath the hood is a single core Freescale IMX6 processor and 512MB of RAM. It has Android 4.4 and has the Good e-Reader APP store built-in, which is the first store designed for E-Ink. This device is part e-reader and part digital note taker, it comes with a stylus.

The Onyx Boox MAX 2 PRO features a 13.3 inch E Ink Carta and Mobius screen. This is the same technology that Kobo employed in the Forma. Mobius makes the device lighter and function better during drop tests. The resolution is 2220×1650 and has a PPI of 207. It has a WACOM screen that is capacitive, so you will be able to take notes and draw with the accompanied stylus or interact with the screen via five point multitouch.

Underneath the hood is a 1.6 GHZ Quad core CPU and 4GB of RAM. There is 64GB of internal storage and it is currently unknown if it has an SD card. It has WIFI and Bluetooth 4.1 so you can plugin external devices such as speakers or headphones. Musicians can also hook up their own accessories such as a foot pedal.  There is also a MicroUSB 2.0 port for powering the device or transferring data from your computer. It also has a Mini HDMI so you can use it as a secondary monitor for your computer or laptop. Onyx is going to sell an optional display stand so you can have it on your desk.

Underneath the hood is a octa-core 1.5ghz processor, 2GB of RAM and 16GB of internal storage. It will have an SD card capable of 128GB of expandable storage. It will be powered by a 4700 mAh battery and have USB-C for charging and transferring of data. The Mimas also has audio functionality via the two speakers on the back, a 3.5mm headphone jack and Bluetooth support for wireless headphones. You will be able to use Skype or Whatsapp or other chat options that rely on a microphone.