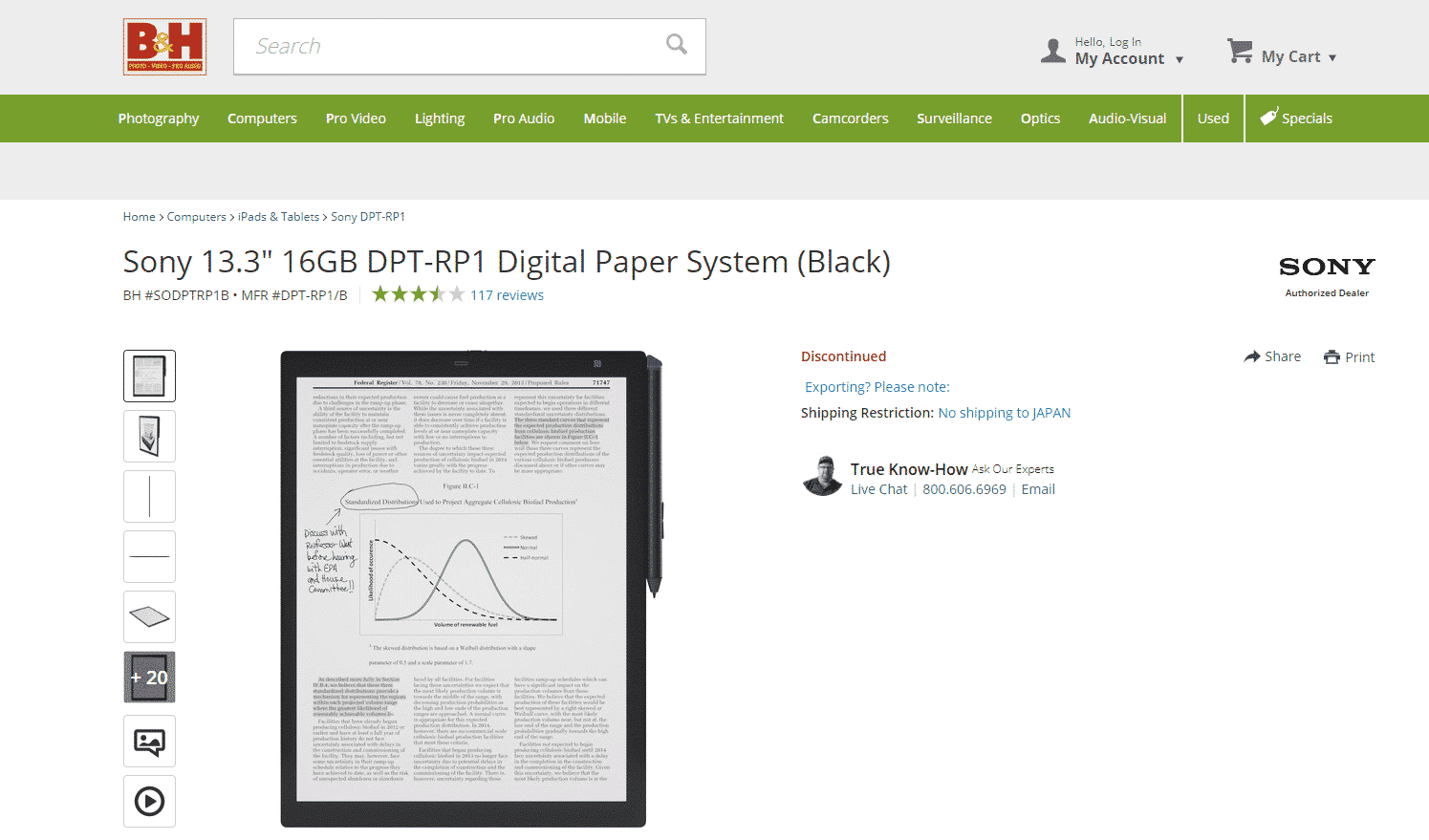 The Sony Digital Paper division in the United States is now closed. The DPT-RP1 and DPT-CP1 are now discontinued and not being sold through any of the companies distribution partners such as Amazon and B&H, they all say it’s discontinued.  Today, Sony has removed the Digital Paper landing page on their website, which they used for promotional purposes. The only thing they are currently marketing are accessories, such as cases, nibs and replacement styli.

The Digital Paper USA division was started by Daniel Albohn and Bob Nell, in 2015. Both of them quit or retired from Sony in 2018 and 2019.  Sony suspended their relationship with Laruepr in early 2020, which was their marketing and PR company. They shuttered internal marketing, so they have nobody to hype up new or existing products.

Sony USA were basically glorified distributors of Sony Japan. The DPT-RP1 and DPT-CP1 were designed and manufactured in Japan, before manufacturing moved to China, a year after the products were released. Sony Japan also created the Sony Desktop app, and creates all of the firmware updates, which normally introduces a few new features every year and fixes bugs. The Digital Paper line has limited availability in Japan and the division is still running, but everyone is working from home and the main office is closed.

Sony might be getting out of developing and marketing the Sony Digital Paper line directly and instead will continue to whitelabel the current design to their established partners, such as Fujitsu, Mooink and Quirklogic. I reached out to both of these companies and they verified they are dealing exclusively with Sony and not a proxy such as E INK or Netronix. Basically, Sony is getting out of selling the Digital Paper themselves, except for bulk deals to 3rd party companies and provide a white label solution. A possible DPT refresh looks unlikely.

Good e-Reader has a relationship with Sony Japan and continues to make available the 13.3 inch DPT-RP1 and the 10.3 inch DPT-CP1.