You are here: Home / e-Reader News / The war between Amazon and Kobo for the 32GB e-reader 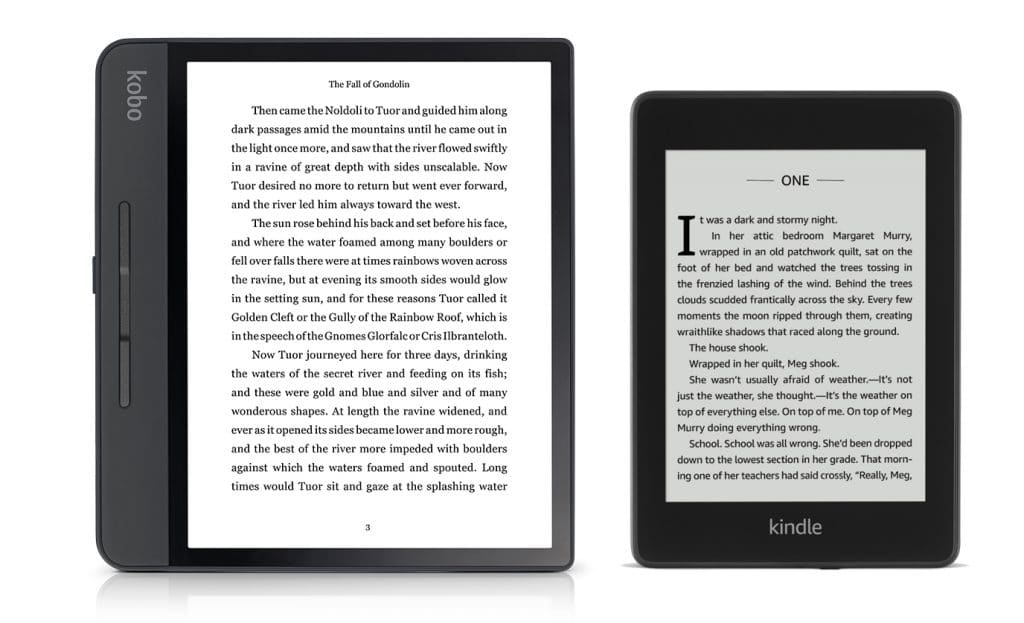 Amazon is going to be releasing the Kindle Paperwhite 4 on November 7th and there are going to be two different storage options; 8GB and 32GB. The all-new Kindle Paperwhite is $129.99 for the 8 GB model and $159.99 for the 32 GB model. The 32 GB with free cellular connectivity is $249.99. The company also sells a 32GB edition of the Kindle Oasis. The Kobo Forma e-reader just came out this week and only the 8GB model is currently available for $299. The Forma 32GB version is earmarked for Japan and is currently retailing for 31,800 yen, which is the equivalent of $282.85. Kobo has stated that the 32GB Forma will be available in other countries at a later date.

A later date is fairly ambiguous and Kobo has not been forthcoming about what countries will have access to the 32GB Forma. The only thing we have to go on historically is the Kobo Aura One Limited Edition, which came out late last year. It had 32GB of storage capacity but was only available in Japan and the United States via the Kobo website.

If you want to buy a 32GB ereader Amazon is your best bet. The Oasis and Paperwhite both offer these storage options and this is ideal for people who have a large collection of PDF or Manga files. Some people even have thousands of ebooks they want to carry in their pocket, and a 32GB makes sense. Kobo is certainly losing the battle against Amazon by not offering a 32GB model of their flagship e-reader out of the gate or even having additional storage options of the Clara HD or Kobo H2O.

One of the big reasons why I believe storage options are big deals is because most of the biggest companies operating in the e-reader space have got rid of expandable storage via SD cards. Amazon only had expandable storage in their 1st gen Kindle and Kobo had them for awhile, but discontinued them.