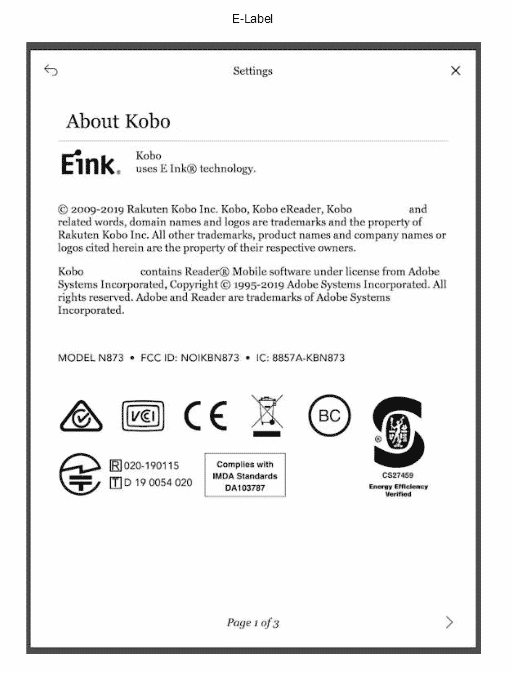 Kobo is going to be releasing a new e-reader in the next few weeks. The company has just obtained FCC certification to sell the device in the United States. It is going to have 8GB of internal storage and powered by a 1200 mAh battery. Like all other Kobo e-readers it will have wireless internet access to access the Kobo bookstore, Overdrive and Pocket.

Netronix is the primary manufacturer of the Kobo line of e-readers and they always submit the applications to the FCC and other regulatory bodies. They tend to ask for the maximum of 180 days of confidentiality, so the FCC will not publish the user manual or pictures of the device. This gives us no indication on what screen size it will have, but it will likely be 6 inches and have no audio.