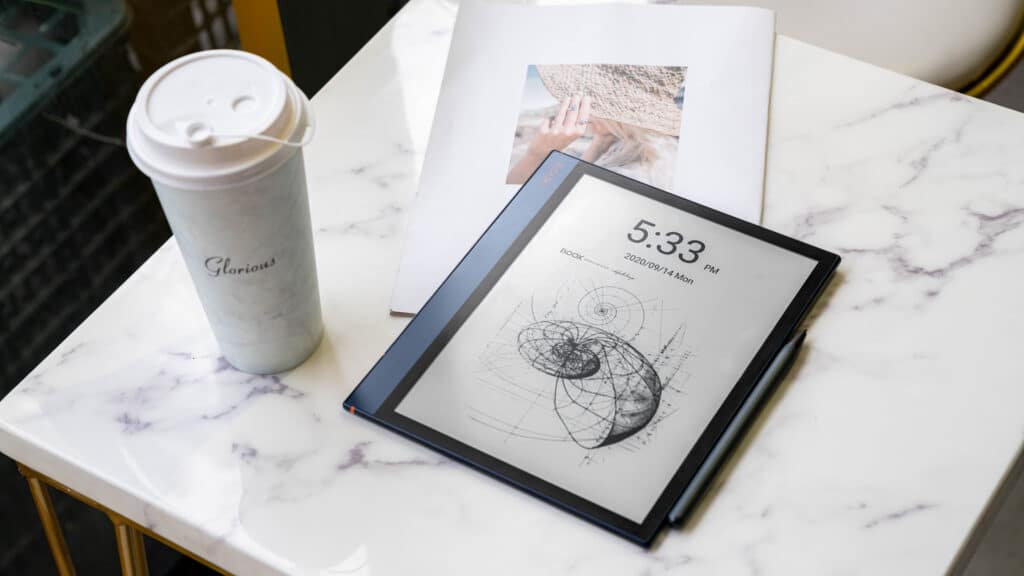 The Onyx Boox Note Air features a new asymmetrical design that is quite different from the Note 2.  It is slimmer and weighs less, making it extremely portable. It is the first Onyx product with a accelerometer, which means you can flip it 360 degrees and it will automatically orient itself.

Underneath the hood is Qualcomm Snapdragon 636 processor with eight custom Kryo 260 cores at up to 1.8 GHz, an Adreno 509 GPU, 3GB of RAM and 32GB of internal storage. It has Bluetooth 5.0 to connect up wireless accessories, such as headphones or a speaker to listen audiobooks, music or podcasts, or  you can use the built-in speaker.  You can surf the internet with Wi-Fi (2.4GHz + 5GHz). It ships with Android 10 and has the Google Play Store. It also has a USB-C port with OTG.  The dimensions are 229.4 mm, 195.4 mm, 5.8 mm and weighs 420 g. It retails for $459 from the Good e-Reader Store.

This device is proving to be quite popular, with a copious number of units have been sold. This is putting a strain on Onyx, they sold out of the initial batch in a few days and they won’t be getting more until October 28th. The second batch is almost sold out, which means more will have to be produced. I don’t think Onyx expected this e-note to be as popular.

Will you buy the Note Air? Anything keeping you from pulling the trigger?