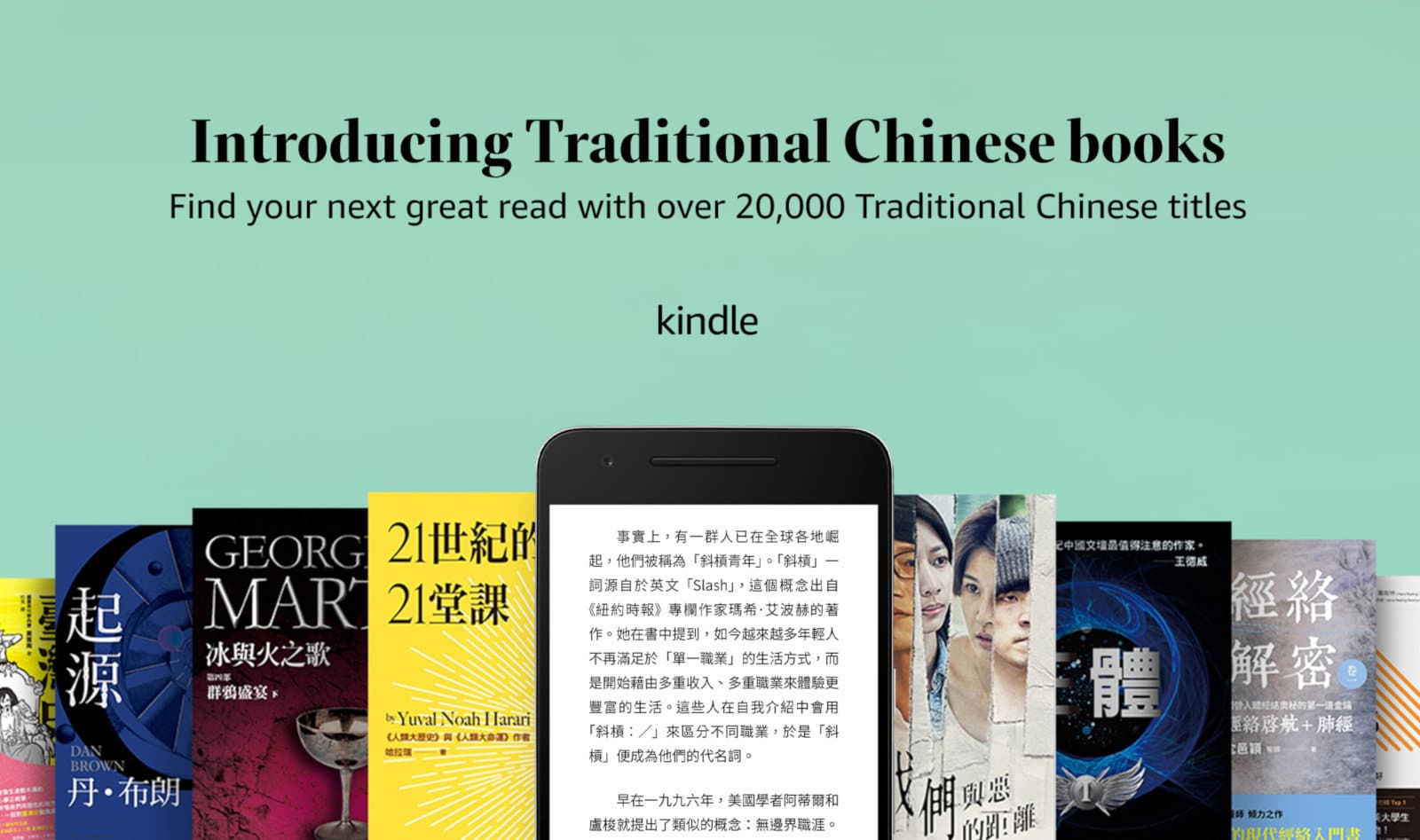 Something is stirring at Amazon. In the past six months the company has been updating the Kindle e-reader with new language options and support for ebooks in Afrikaans, Arabic, Catalan, Icelandic, Swedish and Welsh. Today Amazon has unveiled new portal in the Kindle store for Traditional Chinese and is launching with  20,000 Traditional Chinese titles. It includes translations of popular books like George R. R. Martin’s A Song of Fire and Ice series.

Amazon has optimized the horizontal reading experience for Chinese characters and improved the search engine. Users also have the ability to change the entire UI of the Kindle or the various Kindle apps for Android or iOS.  There are also options to adjust the font size and margin settings or seamlessly switch between the Kindle app and an e-reader, preserving where you left off.

One of the great things about the Traditional Chinese Portal is that you don’t need to be in China or another region close by. You can access the Chinese ebooks from any country in the world, which is really good for a large population of readers that spread all over the world.

Kindle Direct Publishing has also added support for Traditional Chinese characters, so indie authors can now self-publish. Any author that submits their content can have it sold in every region in the world, that has access to the new portal.