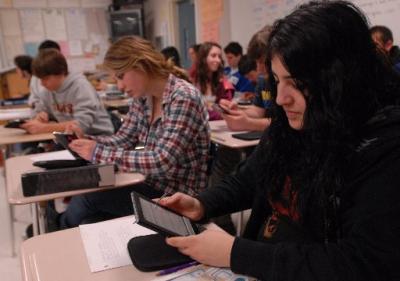 More than 6,300 students worldwide took part in a library-based study commissioned by ebrary to determine their attitudes towards digital reading. Not only were the numbers higher than expected for that student demographic, the attitudes in favor of digital reading were higher in the UK than for students of a similar age bracket in other countries.

Over 85% of the students who responded indicated that they read an ebook on average at least ten hours per week, compared with only 52% of survey participants globally. While 10% of the UK students reported never reading an ebook, that number jumped to 46% for global students.

“ebrary was surprised to see such a variation of results in the UK,” said Kevin Sayar, President and General Manager of ebrary, in a press release today.  “One explanation may be that UK students know when they are using digital books, whereas other students may mistake e-books for online journals or other formats.  It is also possible that UK librarians are doing more in terms of e-book training and promotion.  We are excited to work with participating libraries, both in the UK and abroad, to dive deeply into this data and develop and share insights and best practices.”

In the same survey, 38% of students from other countries did not know that their local libraries loaned ebooks, compared with only six percent in the UK, lending a lot of weight to Sayar’s assessment that UK students just may be more familiar with where and how to access digital titles.

Following this initial survey, data collected on more than 200 students from several other universities will follow.